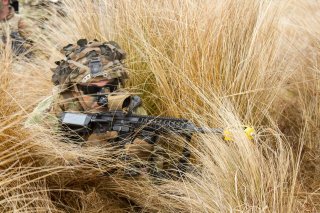 Key point: Special forces have been of great utility against insurgents in the War on Terror, but how will they adapt in a new century of great power competition?

Raiders trainees undergo a three-stage screening, followed by a nine-month training program in skills ranging from demolitions, diving, foreign languages, close-quarters combat and wilderness survival. Raiders have been involved in actions ranging from brutal urban warfare against ISIS in Mosul, Iraq and Marawi in the Philippines, to counter-terror actions in Mali.

The U.S. Navy’s Sea, Air and Land (SEAL) teams have their origin in underwater demolitions teams assigned to scout out beaches and clear defensive obstacles ahead of amphibious landings in World War II ranging from Omaha Beach to the fortified island of Tarawa.

But of those that pass initial screening, only one out of three make it through the initial physical conditioning unit, the third week of which is known as ‘Hell Week,” in which trainees perform 20 hours of intense physical activity per day.

Kyle Mizokami is a defense and national-security writer based in San Francisco who has appeared in the Diplomat, Foreign Policy, War is Boring and the Daily Beast. In 2009 he cofounded the defense and security blog Japan Security Watch. You can follow him on Twitter: @KyleMizokami. This article first appeared last month.