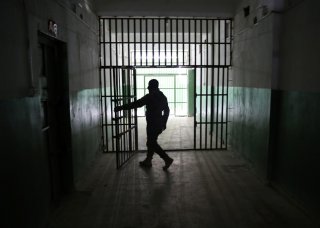 At the first trial concerning war crimes since Syria’s civil war began a decade ago, Anwar Raslan, a former colonel in the Syrian Army, was convicted of committing crimes against humanity and sentenced to life in prison.

Raslan’s tribunal had been held in Koblenz, a city in southwest Germany, two years after Raslan was arrested by German police. Raslan originally sought asylum there in 2014.

German authorities accused Raslan of complicity in crimes against humanity during his tenure in “Branch 251,” the Syrian secret service. Prosecutors claimed that he was personally involved in supervising the torture and sexual assault of at least 4,000 political dissidents and presided over the deaths of nearly 60 prisoners.

The German court opened its session in April 2020. During the trial’s 106 separate hearings, more than 80 witnesses were called to testify about Branch 251’s activities and Raslan’s role in them.

The trial also featured pictures taken by “Caesar,” an anonymous Syrian military photographer who defected in 2013 and smuggled out more than 50,000 photographs documenting terrible conditions and abuses in Syrian prisons. His photographs led to war crimes accusations and contributed to the United States’ decision to impose significant sanctions on Syria under the Caesar Syria Civilian Protection Act.

During the trial, Raslan’s state-appointed lawyers suggested that the colonel, who defected from Syria in 2012, had never personally engaged in torture and had attempted to help prisoners when possible.

Although the trial concerned a Syrian being tried for crimes against other Syrians that took place within Syria, Germany has claimed a right to hold the trial on the basis of “universal jurisdiction,” a legal principle stating that countries have an obligation to try serious crimes regarding human rights and other universal principles. A similar principle has been used to try heads of state accused of war crimes at international tribunals.

Raslan was originally tried alongside Eyad al-Gharib, a former Syrian intelligence officer who also participated in activities at Branch 251. However, al-Gharib, who was lower in rank than Raslan, had his case separated. Al-Gharib was also convicted of complicity in crimes against humanity and sentenced to four and a half years in prison.

Raslan’s criminal charges were much more expansive. His sentence of life in prison is the most severe punishment in the European Union’s criminal justice system. In a personal statement delivered at the end of the trial, but prior to the verdict’s announcement, the former colonel claimed that he was prepared to accept the court’s decision.