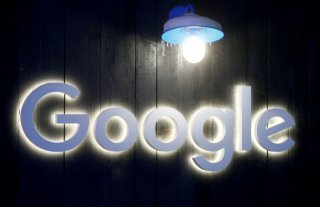 As Google is working to launch an algorithm shift next year, and has been preparing websites to comply with the new Core Web Vitals.

The Core Web Vitals won’t form part of the basis for page ranking for next year, but in the meantime, Google has announced a change: It will begin providing a “Fast Page” label for certain websites in Google Chrome for Android, on mobile devices.

“To help users identify great experiences as they browse, we are excited to announce that Chrome will begin to highlight high quality user experiences on the web, starting with the labelling of fast links via the link context menu on Chrome for Android,” the company announced in a blog post this week. "This change will be rolling out starting in Chrome 85 Beta.”

The labels will come from “signals” from Google’s Core Web Vitals, Google said.

“Links to pages that have historically met or exceeded all metrics thresholds for the Core Web Vitals will be displayed with a new ‘Fast page’ label,” Google said. “This is shown when a user long-presses a link prior to navigating to a page, and it indicates that most users navigating to it have a particularly good experience.”

Those seeking to check today whether their site gets the label are invited to visit chrome://flags  and  enable “Context menu performance info and remote hint fetching.”

The new label, for now, will only be offered on mobile browsers, and will only be visible when users long-press the link. And while the Core Web Vitals criteria will be considered eventually when it comes to page ranking, that is not the case yet.

The Core Web Vitals have been described by Google as “a set of real-world, user-centered metrics that quantify key aspects of the user experience.” The three major considerations are “Largest Contentful Paint, “First Input Delay,” and “Cumulative Layout Shift,” and sites are given scores of “Good,” “Needs Improvement” and “Poor.” Webmasters are invited to ask for a Chrome UX Report, to see how their sites measure up.

“Chrome is committed to working with the ecosystem to ensure a thriving web, and the steps we take, such as the ones outlined above, are designed with these goals in mind,” the blog post concludes.

Alphabet, Google’s parent company, released its quarterly earnings at the end of July, and while the company posted revenue of $38.3 billion, it represented the first year-over-year decline in revenue in the company’s history. Search revenue dropped as well, although the company did post net income of $6.9 billion. The earnings came out the day after Alphabet’s CEO testified before Congress.