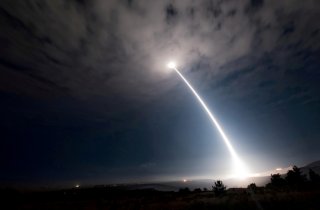 Given the age of the existing Minuteman III system, the Air Force’s evolving Ground-Based Strategic Deterrent intercontinental ballistic missile (ICBM) can’t be ready soon enough. This is perhaps one reason why Air Force Secretary Frank Kendall has named the weapon the Sentinel.

The new ICBM is slated to arrive at the end of the decade, and it has been rapidly evolving. The on-time arrival of the system is considered crucial, as Air Force leaders do not want a capability gap in the time between the Minuteman III becoming fully obsolete and the Sentinel arriving. To mitigate this risk, the Air Force continues to embark upon a series of extensive sustainment and modernization programs to extend the Minuteman’s operational functionality and service life. As part of this effort, the Pentagon has continued a steady testing pattern to ensure that the United States retains a viable ICBM capability until the arrival of the Sentinel.

The GBSD program has been progressing with great success, in large measure due to the successful application of digital engineering techniques, which use advanced computer simulations to replicate weapons and technology performance. This expedites development in a substantial way, and advanced computing can effectively determine the functionality, efficiency, and impact of weapons systems and designs. Years ago, during an earlier phase of the GBSD’s development, former Air Force Acquisition Executive William Roper said that digital engineering enabled weapons developers to assess multiple design models at one time in order to refine requirements and determine the optimal design.

Many details related to the Sentinel program are not available due to security reasons. However, senior Air Force weapons developers have made several general, informative comments. During an earlier phase of the system’s development, an Air Force flag officer told the National Interest that the weapon will be built for greater reliability and resilience. This makes perfect sense given the pace at which adversaries are likely to advance new missile defense technologies. Added reliability will help the weapon function effectively in a space environment and also ensure its functional longevity for years into the future. This is considered critical, as the Air Force plans to operate its new Sentinel for decades to come.

The Sentinel program has become even more important in light of Russian president Vladimir Putin’s nuclear threats. Ground-based ICBMs are considered to be a critical part of the nuclear triad, a deterrence structure put in place to prevent nuclear war by ensuring catastrophic destruction in response to any nuclear attack. For instance, if nuclear-armed aircraft were unable to operate above a target area due to warzone conditions, air defenses, or other variables, and nuclear-armed submarines were unexpectedly unable to attack, ground-based ICBMs would offer a viable means to respond to a nuclear attack. All three legs of the triad, therefore, are deemed by the Pentagon to be indispensable in preventing a nuclear attack.