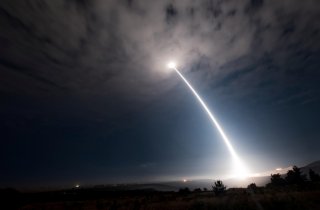 Here's What You Need to Remember: The GBSD is being engineered to bring new levels of reliability, targeting and guidance technologies to sustain the U.S. ground-fired ICBM fleet well into the 2080s and beyond.

The Pentagon’s 1960s-era Minuteman III intercontinental ballistic missiles (ICBM) is known to be balancing somewhat precariously along a threshold of obsolescence, yet the weapon is somehow still firing and operating in large measure due to decades of upgrades, enhancements, maintenance work and various sustainment efforts.

Questions, debates and concerns about the need to modernize the U.S. nuclear weapons arsenal have circulated for decades, a reason why many believe the now arriving Ground-Based Strategic Deterrent (GBSD) is long overdue. The new ICBM program, which is up and running and underway to fire off by the end of the decade, has also been the subject of controversy as some in Congress argue it might not be necessary or may simply be too expensive.

However, interestingly, Pentagon calculations have found that building a new GBSD for the long term saves as much as $38 billion dollars when compared to further extending the Minuteman III.

“One of the key things with GBSD is an ability to sustain and operate into the future. Every way we look at this, the most cost-effective way was not to life-extend the Minuteman III. Life-extending Minuteman III was not a viable path. There is an extensive price tag for trying to modernize and sustain the Minuteman III because you will need to replace parts that weren’t meant to be in the ground that long,” Gen. Timothy Ray, the commander of Air Force Global Strike Command, told The Mitchell Institute for Aerospace Studies in an interview.

Ray explained that multiple nuclear posture reviews and formal Pentagon cost analysis assessments going as far back as 2010 have cataloged expenses associated with modernizing the ground leg of the U.S. Triad. The cost of trying to keep the Minuteman III alive continues to far exceed the cost of the GBSD, even though GBSD expenses have been rising due to developments with the program.

Ray further elaborated that propulsion systems, electronic circuitry and guidance technology would all also need to be refined, sustained and upgraded in order to ensure the Minuteman III could remain functional in a relevant way. A key rationale for GBSD was simply to ensure functional and effective ICBMs were “kept in the fight.”

The GBSD is being engineered to bring new levels of reliability, targeting and guidance technologies to sustain the U.S. ground-fired ICBM fleet well into the 2080s and beyond. Software upgrades, for instance, can add new guidance systems, reliability technologies and targeting sensors to the weapon as new innovations emerge, an important factor given that the new ICBM is slated to serve for decades and beyond. The possibility for ongoing modernization was intentionally built into early designs of the weapon, due to the use of digital engineering techniques able to replicate technological detail and help establish common computer standards enabling continued upgrades. It would make sense that the weapons were built with a specific mind to ongoing modernization, given that the U.S. Air Force has a long history of upgrading and maintaining ICBMs

As part of the transition from Minuteman III to GBSD, the Air Force has maintained a high-operations tempo regarding upgrades to the older platform to make it viable, relevant and functional until the new ICBM arrives at the end of the decade. Over the years, despite the pressing need for a new generation of ICBMs, the Air Force has pushed to incorporate a large number of upgrades to the Minuteman III, given its age. During one test last Fall, Air Force Global Strike Command fired off a Minuteman III to assess and verify reentry vehicle performance and gather data. Last October, a Minuteman III reentry vehicle traveled more than forty-two hundred miles to the Kwajalein Atoll in the Marshall Islands, according to an Air Force Global Strike statement.

Despite the ongoing efforts to flex sustainment of the Minuteman III to avoid any kind of a “missile gap” leading up to the arrival of the GBSD, any delays or problems with GBSD could introduce unforeseen and significant implications, according to senior Air Force leaders.