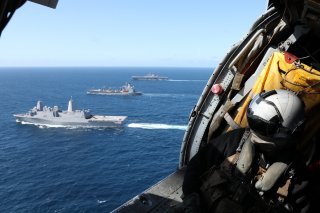 Here's What You Need To Remember: In theory, robotic surface combatants could be much cheaper to build and operate than manned warships, could be employed more aggressively in areas threatened by anti-access/area denial weapons, and would allow the Navy to spread out its firepower more broadly without forcing it to stick humans on vulnerable ships like the LCS.