Have Scientists Found a Hybernation ‘Button’ for Humans? 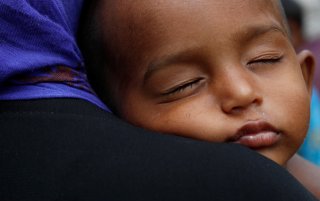 In what could be a boon for deep space travel and quicker recoveries from bodily injuries, scientists have discovered the trigger in brains of mammals that can induce hibernation.

According to two different studies published in the journal Nature, teams of researchers from the University of Tsukuba in Japan and Harvard Medical School have identified particular neurons—the “snooze button”—in the brains of rodents that can be artificially activated to drive the animals into a hibernation-like state.

Known as Q neurons, they can trigger long-lasting reductions in body temperature and metabolism, which is similar to hibernation.

This natural sleeping state was also induced in rats, animals that usually do not go into hibernation, according to the Japanese scientists.

Since we humans possess a similar set of brain cells as the mice and rats involved in this particular study, it may be possible in the future to induce similar hibernation-like states.

The team said such advancements in utilizing suspended animation could improve recovery rates from surgeries and transplants and make years-long space travel safer.

Certain animals are known to hibernate because food supplies become scarce during the winter months. By going into a long deep sleep, these animals are able to skip this difficult period completely and wake up when food becomes more plentiful.

Such hibernating animals include bears (though not true hibernators), some mice and bats, chipmunks, woodchucks and certain species of ground squirrels. At least one bird is known to be a hibernator—the poorwill, which lives in western North America.

Scientists believe that a compound in the blood known as HIT (Hibernation Induction Trigger) lets these animals know when it is time to prepare for hibernation. Shrinking food supplies, shorter days and colder temperatures all appear to influence HIT.

During hibernation, an animal’s body temperature plunges, and its respiration and heart rate decrease dramatically. The effect can be so extreme that, in some instances, the animal may appear dead.