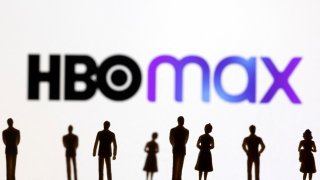 The shocking news earlier this week that Netflix had lost subscribers for the first time in a decade was certainly bad news for the company, and an even steeper loss next quarter is projected. But it also led many to question the long-term viability of the subscription streaming media model that has been embraced by nearly every major player in the entertainment industry.

However, one of Netflix’s major competitors managed to add subscribers in the same quarter.

Per The Streamable, the quarter included several popular shows on HBO and HBO Max, including the first new season of Euphoria since 2019, the debut of the basketball drama Winning Time, and the tail end of the Sex and the City sequel series, And Just Like That.

The announcement came in AT&T’s earnings release on Thursday. It represented HBO Max’s final quarter as part of AT&T, as its spinoff to a new entity called Warner Brothers Discovery became official earlier this month.

“AT&T has entered a new era, meeting this opportunistic moment from a position of flexibility and strength thanks to our evolving networks, enhanced customer experience, growing 5G and fiber customer base, and a much stronger balance sheet. And we continue to make good consistent progress on our journey to becoming America’s best broadband provider,” AT&T CEO John Stankey said in the company’s earnings release.

HBO Max launched in the United States in May 2020, during the opening months of the pandemic and about six months after the late 2019 debuts of Disney+ and Apple TV+. It was originally met with confusion over how the product differed from existing streaming services HBO Now and HBO GO, but those older names were retired.

In early 2021, WarnerMedia made the shocking announcement that the entire Warner Brothers movie slate for the year 2021, including such high-profile movies as The Matrix Resurrections, Dune, King Richard, and Judas and the Black Messiah, would debut simultaneously on both HBO Max and in theaters. This served to upset some in the creative community, but it does appear to have helped the service gain subscribers throughout the year.

In another surprising announcement in May 2021, AT&T announced that after only three years, it was spinning off WarnerMedia into a merger with Discovery. That deal closed earlier this month.