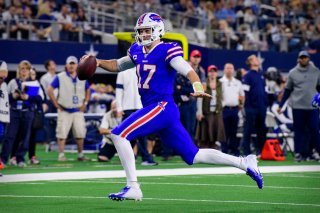 Since 1994, the NFL Sunday Ticket package has been exclusive to DirecTV, making it only available in the homes of DirecTV TV subscribers and bars, restaurants, and other establishments that subscribe to the service.

Starting next year, that will likely change, with NFL commissioner Roger Goodell stating last year that the league sees Sunday Ticket as a “streaming product.” Bidding for the package, which will become available starting with the 2023 season, has drawn everyone from Apple and Amazon to Disney and Comcast. And while reports have stated that Apple is close to winning the bidding, that has not been confirmed, nor is it clear when such an announcement may come.

DirecTV, which was spun off by previous owner AT&T into its own company last year, has been bleeding subscribers, and the loss of Sunday Ticket would likely cause it to bleed even more. How bad would the bleeding be, though?

The author of the TV Answer Man column, Philip Swann, expressed some skepticism about the SNL Kagan numbers.

“Beware of all surveys, particularly this one,” Swann said on Twitter this week. “The survey numbers are way too high. Ticket subs have historically been in the 10-15 percent of base range.”

Swann wrote in a subsequent blog post that Sunday Ticket has never been profitable. He even cited an SEC filing in which AT&T, DirecTV’s then-owner, stated as much. “This might surprise some people, but DIRECTV’s last eight-year contract with the NFL called for it to pay $1.5 billion a year for the Ticket’s rights. The base price for the Ticket starts at $293 a season with the Max plan at $395. For DIRECTV to make a profit, it would have to get more than 20 percent of its total subscribers to subscribe. And over the years, the number has actually been around 10-15 percent, according to various sources I’ve talked to in my 28 years of covering the company,” Swann wrote.

Per Leichtman Research, DirecTV had about 14.6 million subscribers as of the end of 2021, having lost 1.9 million over the course of the year. However, because DirecTV is no longer a public company and does not release financial results, that figure is an estimate. The Leichtman numbers list “DirecTV” as the main satellite service, as well as DirecTV Stream and U-Verse; it’s not clear if the SNL Kagan study does as well.