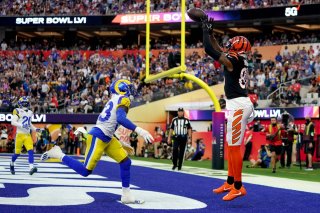 DirecTV’s exclusive hold on the NFL Sunday Ticket out-of-market package, which has been in place since the package first launched in 1994, is set to expire after the 2022 NFL season. The league has been clear that it hopes to sell the package to a streaming partner, rather than a satellite one, and for more than a year, reports have indicated that various bidders are in the mix.

These include tech companies like Amazon and Apple, established media companies like Disney/ESPN and Comcast/NBC Universal, and even DirecTV, which could conceivably retain the satellite portion of the package.

The NFL hasn’t been clear about its timetable for a decision, and recent NFL league meetings came and went without any reported movement on the issue. But a new report says that a decision may already have been made.

According to Puck News, the package is now “Apple’s to lose,” and the deal may even be “done.”

As part of a question and answer portion of his Puck column, Matthew Belloni was asked who he thinks will end up with Sunday Ticket.

“My sources say it’s Apple’s to lose, at this point,” Belloni wrote. “One source told me this weekend that the deal is actually done and is being kept quiet at Apple’s request, which I haven’t confirmed and don’t know for a fact; Apple isn’t commenting.”

The piece added that whoever wins the contract bid will likely pay roughly  $2.5 billion a year for the rights, up from the $1.5 billion that DirecTV has been paying each year.

It’s unclear what “done” means in this context; it could mean that it was agreed to by the NFL’s negotiators but hasn’t been voted on by the league’s owners. If that is the case, it is not the kind of thing that would likely be kept quiet.

The Athletic had reported in late March that the NFL was considering a streaming service of its own, possibly called NFL+. It would include “games, radio, podcasts, and team content,” and owners were briefed on the idea during the recent league meetings. That service, however, appears mostly geared toward streaming NFL games on mobile devices.

The NFL is already in business with Amazon. Prime Video will become the exclusive home of Thursday night games in the 2022 season, and its broadcast partners include Fox, CBS, NBC, and ESPN.