How Heritage Has Been Weaponized in the Russo-Ukrainian War 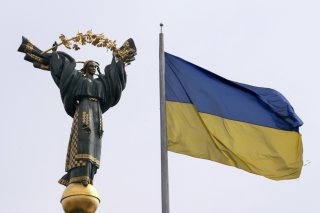 On April 27, 2022, Ukrainian workers began to demolish a bronze monument depicting two workers located beneath a titanium People’s Friendship Arch in Kyiv. The Arch was erected in 1982 to commemorate the sixtieth anniversary of the Soviet Union and represented a sign of Soviet dominance over Ukraine. The dismantling of the monument in 2022 was in direct response to the Russian invasion of Ukraine. Vitaly Klitschko, the mayor of Kyiv, stated: “We now see what this "friendship" is – the destruction of Ukrainian cities ... killing tens of thousands of peaceful people. I am convinced such a monument has an entirely different meaning now.”  Klitschko did say that Ukrainians would not demolish the arch portion but it would be renamed the Arch of Freedom of the Ukrainian People.

The demolition of the Soviet-era monument was another example of the “weaponization” of heritage during the Russo-Ukrainian conflict. Mark Dunkley, a free-lance archaeologist who specializes in the exploitation of cultural heritage during conflicts has argued that “[c]urrent trends indicate the escalation of the weaponization of culture as part of a long-term strategy to either reinforce or erode cultural heritage and identity despite such heritage being a recognized fundamental resource for other human rights.”  Since the 2014 Russian invasion of Crimea, the destruction of Ukrainian heritage sites has been part of a larger Russian strategy of destroying the foundation of Ukrainian nationalism and creating a pro-Russian narrative that Russia has a historical claim to the region. This time, Ukrainians took the initiative and removed a monument that celebrates a false “friendship” that occurred during the Soviet occupation of their country.

In 1914, at the start of World War I, a similar incident occurred that also involved the destruction of a Russian monument in Turkey. In 1877-1878, Imperial Russia lead a coalition of Balkan forces against the Ottoman Empire to regain territory lost during the Crimean War, weaken the Ottoman Empire, and assist fledgling nationalistic movements in the Balkans. In 1878, Russia defeated Ottoman forces and signed the Treaty of San Stefano in a small village outside of Istanbul. The treaty terms were considered harsh and, to further humiliate the Ottomans, in 1898 Russia constructed a chapel with “classic Orthodox church domes and an imposing militarist, commemorative style at the base. The church also held the tombs of 5000 soldiers of the Tsar who died during the war.” The Russian chapel served as a monument to remind the Turks of their defeat and the power of Russian forces.

On November 14, 1914, the Turkish Committee of Union and Progress ordered the destruction of the chapel at San Stefano to promote national unity during wartime and remove the embarrassment of a previous military defeat. Fuat Uzkinay, a soldier in the Turkish Army, supposedly used a movie camera he had obtained from Austria to film the destruction of the chapel. Whether this was a real film or just photographs, the Turks used the media as propaganda to illustrate the removal of this foreign monument from their capital. The message was disseminated across the globe. In a diplomatic cable sent to Washington, the American ambassador commented that Turks were destroying a Russian monument built after a previous Russian victory, and the destruction of the chapel at San Stefano was reported in newspapers across the world.

The destruction of heritage sites is a weapon of irregular warfare that destroys cultural ties, undermines morale, and destabilizes a region by illustrating that the government cannot protect the people or what they hold important. Furthermore, some nations chose to assimilate another’s heritage to erode the nationalism of a people and make it easier for outside nations to accept territorial claims based on “history” or a “common heritage.”

In the case of the People’s Friendship Arch and the chapel at San Stefano, these monuments were designed to commemorate the Russian (or Soviet) occupation or victory over the host nation. The removal of these monuments by the citizens of the host country can be viewed as part of an information warfare campaign to promote nationalistic ties and remove political and cultural symbols that could be exploited.

While no one condones the destruction of heritage sites during a conflict and armies should train their forces to protect them as much as possible, we must understand how these monuments and what they represent can be weaponized during modern conflicts.

The views expressed are those of the author(s) and do not reflect the official position of the United States Military Academy, Department of the Army, or Department of Defense.

Edward Salo, Ph.D., is an associate professor of history, and the associate director of the heritage studies Ph.D. Program at Arkansas State University. Before coming to A-State, he served as a consulting historian for various projects across the globe.