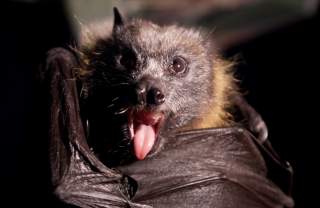 The frantic, and all too often, belated, efforts by health authorities across the planet in 2020 to respond to the coronavirus 2019 pandemic’s spread can leave the cynical wondering if modern bureaucracies are ever up to the task of containing nature’s natural-born viral killers.

But recent history does offer some hopeful counter-examples such as the coordinated response to the 2014 Ebola epidemic in which the downright heroic (and often tragically self-sacrificing) efforts made by African and foreign doctors curbed a gruesome, highly fatal epidemic before it could be spread beyond three West African nations. But we can also look at how decisive action by medical authorities in the Indian state of Kerala helped detect and contain a highly deadly viral outbreak in just two weeks.

Early in May 2018, a family in southwest Indian state of Kerala purchased a new home in the village of Soopikada. The father’s two adult sons, architect Mohammed Salih and plumber Mohammed Sabith, assisted by cleaning out a well infested with “flying foxes”—AKA fruit bats.

Shortly afterwards, Salih fell ill and was hospitalized first at Perambra Taluk hospital. His condition worsened and he was transferred to Kozhikode Medical College on May 5, where he died.

Twelve days later his brother Mohammed Salih was also hospitalized, this time at the Kozhikode Baby Memorial Hospital, exhibiting a high fever, vomiting and mental agitation. The local doctor, A.S. Anoop Kumar recognized symptoms of encephalitis (inflammation of the brain). But usually, encephalitis results in low blood pressure and heart rate, whereas Salih exhibited high blood pressure and his heart was beating 180 beats per minute (the human average is 60-100 while resting).

Suspecting something sinister, Kumar collected a tissue sample and sent it to the Manipal Center for Virus Research, one of two facilities qualified to perform such an analysis. Within twelve hours experts there determined that it was the Nipah virus, a highly fatal, brain-damaging disease first identified two decades earlier in Malaysia. Fortuitously, the staff at the center had received training from the U.S. Center for Disease Control and Prevention that had specifically detailed characteristics of the Nipah virus.

The scientists at Manipal told Kumar to implement provisional containment measures while they transmitted the information to the National Virology Center in Pune, which confirmed their finding. On May 20, 2018 India formally informed the WHO it had an outbreak on its hands.

In fact, Tthe Nipah virus is carried by (but does not affect) fruit bats, who can transmit the disease in their saliva or urine. The pigs contacted fruit bat saliva from fruit fallen from trees infested by the bats, and the farmers were then infected due to their contact with the fluids from the pigs. Ultimately a million pigs were slaughtered in Malaysia to contain the disease, which infected at least 265 persons and killed 105.

What’s clear is that disease usually has a very high fatality rate ranging from 50-90%—but that its propagation has remained mercifully limited. Unlike the airborne fluid transmission (from coughing, sneezing etc.) of the seasonal flu or COVID-2019, Nipah virus relies on closer physical contact and is less likely to occur in public spaces. Unfortunately, such intimacy is likely to occur in a family home or a hospital setting.

Sadly, the brothers’ father and aunt also caught the disease. And Sabith’s hospitalization in two facilities earlier in May had resulted in the disease being contracted by over a dozen more individuals. Another person was later treated in the district of Malppuram and spread the disease there.

Given the preceding weeks, the stage seemed set for explosive viral propagation in Indian hospitals.

Fortunately, Kerala is famous for having an excellent health care system, with outcomes in life expectancy that even exceed those of some demographics in the United States. Under the direction of state healthcare minister K. K. Shailaja, officials responded proactively by building quarantine facilities, implementing numerous tests, and quarantining over 2,500 people who had come into contact with the 19 unfortunate persons to have contracted the virus.

Furthermore, it waived the cost of taking tests for the Nipah virus and imported anti-viral medicines from Australia to treat symptoms.

A nurse infected while treating Sabith at Perambra Taluk, a 31-year old woman named Lini Penthussery, recognized symptoms she was experiencing and on May 22 reported to the hospital asking to be quarantined. She wrote a final note to her husband urging him to raise the children with other family members before succumbing to the disease.

Sadly, no known cure exists for the Nipah virus, and all but two infected individuals perished.

Because of the risks inherent to direct contact, Muslim burial customs had to be adapted to avoid disease transmission from physical contact with the deceased. (Most Hindus cremate their dead.) Kozhikode district health officer Dr. R. Gopakumar supervised no less than twelve funerals in person dressed in full protective gear—in some cases, performing the last rites himself. One can imagine few more heartbreaking tasks, but fortunately, a responsible authority was present to prevent needless additional deaths.

News of the viral outbreak created a sensation across India. Media reported that the disease could be transmitted via fruit infected by bats, causing sales of fruit from Kerala to plummet. However, an article from the Australian Lowy institute claims this was inaccurate and caused needless panic. Admittedly the American CDC does not list foodborne transmission for the Nipah virus on its website. In an interview, Dr. Gopakumar stated such a transmission would be a “rare occurrence”, as it would require a human to eat a fruit recently munched upon by a bat still bearing fresh saliva.

Fortunately, health authorities did not discover any new cases of Nipah virus after May 30. Prompt action had snuffed out the outbreak before it could spread beyond 19 people. Readers interested in a more detailed account are recommended this in-depth report by Priyanka Pulla in The Hindu.

Later in June 2019, a new case of Nipah virus was identified in a student in Kochin, Kerala. Rapid identification by authorities prevented the disease from spreading—and happily, the patient recovered. That same year, Kerala inaugurated a new Institute of Advanced Virology, and the Malayalam-language movie Virus was released dramatizing the events of the outbreak.

Of course, containment was greatly aided by the fact that one of the disease’s major vectors—healthcare facilities—had the capacity to rapidly implement corrective measures once the risk was identified. It’s also worth noting proactive efforts by the CDC to train doctors abroad may have contributed to the disease’s identification, and that the robustness of Kerala’s own health care system may have played a key role.

Despite the tragic loss of life in the 2018 outbreak, the determined and coordinated effort by doctors and administrators on the frontline in Kerala spared their community, and the wider world, even greater anguish. Perversely, however, because the virus has yet to explode into a larger-scale outbreak, there’s been only limited research by international institutions in search of a cure, though researchers have reportedly developed a rabies-based Nipah vaccine that appears to be effective in immunizing mice.