How U.S. Bombers Are Fighting Illegal Fishing in South America 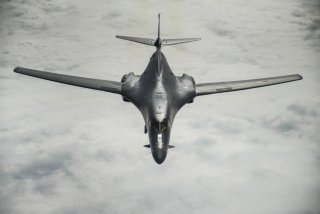 The U.S. Air Force B-1 Lancer bomber is being used to find and track illegal fishing in the Pacific around Ecuador’s Galapagos Islands. This is a unique application for the massive strategic bomber but it is reportedly not the first time the B-1 has been used as a law enforcement tool.

An Air Force statement explained that “during this mission, B-1 aircrews integrated with partner nations in the USSOUTHCOM AOR, air refueled with the support of MacDill Air Force Base tankers, and countered illegal, unreported, and unregulated (IUU) fishing operations off the coast of Ecuador in the vicinity of the Galapagos Islands.”

Although the Lancer bomber’s main objective was to enforce environmental laws, it also helped build ties with allies. “This kind of regional military engagement strengthens our partnership with Ecuador and Panama and enhances interoperability and improves our collective readiness for a range of potential future operations - from disaster relief to humanitarian assistance to security operations,” the Air Force statement explained. “When our forces train alongside one another we improve our ability to work together in times of crisis."

"There are certain things that only Air Force Global Strike Command Airmen can do, and this is one of them. Based on the Airmen we have in this room, we can fly this mission and then turn around and regenerate in a matter of hours - we make it look easy, but it's tough work," said Col. John C. McClung, the 7th Operations Group commander in the statement.

Although the B-1 bomber is a Cold War-era platform designed for nuclear strike sorties, it excelled during the United States’ involvement in Afghanistan as a quick-response, precision-strike close air support platform. Leveraging precision weapons, the B-1 was able to cover troops on the ground—despite not being designed for that purpose.

The B-1’s sunset is just over the horizon, however. Despite their utility in the Middle East, the Cold War-era bombers would be less likely to survive during a peer-on-peer conflict against an opponent with a robust air defense capability. The Air Force anticipates retiring the entire B-1 Lancer bomber fleet by 2036.

Col. Joseph Kramer, the 7th BW commander, “congratulated the aircrews on their departure and pointed to the strategic significance of the mission,” according to the Air Force statement.

"We are in competition in our own hemisphere,” he said. “These bomber missions demonstrate our ability to respond to threats in today's complex, dynamic and volatile global security environment anytime, anywhere."