How West Virginia Is Navigating the Ammunition Shortage 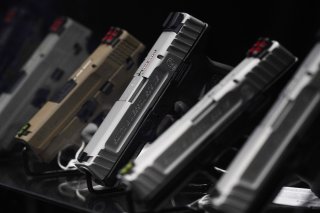 Ammunition shortages have been in effect since the start of the pandemic. The shortage has mostly been attributed to new demand created by the explosion of millions of new gun owners in the last two years, pandemic-era supply bottlenecks, and even sanctions by the State Department on inexpensive Russian-made ammunition. Manufacturers have ramped up capacity, but the shortage remains.

A new story looks at how sellers and buyers of ammunition are dealing with the shortage in West Virginia.

According to WDVM, the shortage has been felt acutely in West Virginia. “It started at the beginning of COVID and it has just never let up when you tell somebody that something is hard to get then when they find it, instead of buying one box they buy three boxes and it is just a snowball ripple effect,” said Michael Crook, owner of Cardinal Pawnbrokers and Sporting Goods in Beckley.

One store owner, Ronnie Wood of Flat Top Arms Inc., laid out how the ammunition shortage has impacted his business over the last two years.

“The distributors and distributorship, they are familiar with the need in the industry they are dealing with it every day too so when they call if they have a box of 3030 shells even one box they’ll say hey I got a box of shells do you want it and i'll say sure i'll take it,” Wood told WDVM.

Reporting about the shortage has attributed the surge in gun ownership to everything from fears about social unrest to the arrival of a Democratic administration, which often leads some to worry that new gun restrictions are on the way. According to the WDVM report, another new factor has encouraged gun ownership: Russia’s invasion of Ukraine.

“I have dealt with customers personally myself who stated that because of the invasion and at one point it was even the imminent invasion prior to, they thought they better get some firearms in this case and some additional ammunition,” Flat Top Arms’ Wood told the WDVM.

According to the Guardian, a recent study from the Annals of Internal Medicine found that over five million adults in the United States became first-time gun owners between January 2020 and April 2021, more than doubling the total from 2019.

“The proportion of gun sales to new gun owners compared to existing gun owners is around the same at 20%,” said Matt Miller, the author of the study. “What changed is the volume of gun purchases.”