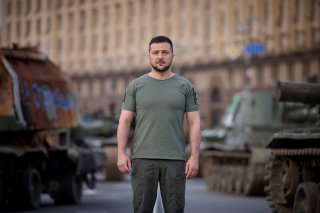 The OSS, the predecessor to the CIA, sought out decades ago to find some way to quantify and best understand the mix of attributes necessary to become a great leader.

“Are leaders born or made? I believe the answer is both,” said Mike Mears, a now-retired senior member of the intelligence community who evaluated and trained leaders for decades. As the CIA’s director of human capital, Mears studied, cultivated, and supported those with major leadership roles and huge responsibilities.

While some of the specifics of the leadership analyses may not be available for security reasons, the effort did prove quite successful in predicting the future behavior of those tasked with major leadership positions.

“It's not perfect, but they can, with some precision, filter out if the person has certain attributes. Do the leadership candidates have drive? Is that balanced by empathy? Are they optimists? Are they learners? There is a cluster of measurable traits that you can measure to predict future behavior. That was a great discovery [by] the OSS in ‘43,” Mears said.

Sure enough, there is a desired blend of variables and qualities essential to great leadership, including guidance, empathy, organizational and managerial skills, and, perhaps of greatest importance, the ability to inspire. As a student of great leaders throughout human history and a close observer of the war in Ukraine, Mears told the National Interest that he thinks Ukrainian president Volodymyr Zelensky would fare quite well in the kinds of analyses once carried out by the OSS.

“If you gave those assessments to Zelinsky, I'm absolutely convinced, he wouldn't come out in the top 8 percent, which are people with super strong leadership attributes, he would come out in the top 1 percent,” Mears said. “He has shown himself that he's not a comedian. This guy is a highly competent manager, administrator, and leader,” he added.

For example, Mears pointed to Zelensky’s ability to consistently inspire Ukrainians and maintain a strong emotional connection to the country and its people. This measure of emotion or spirit, if even somewhat ineffable, is precisely the kind of thing that can motivate and inspire a population.

“We are talking about the man for the times, get on YouTube and look at any of his videos every night speaking to the people. He's not just going after that logical brain, he's going after that automatic brain, which is full of instincts and emotions and fears and all that. He covers it all in his talks. It's the most inspirational message I've ever seen. I just think it's a miracle that it all came together and the right guy was in the right place at the right time,” Mears concluded.