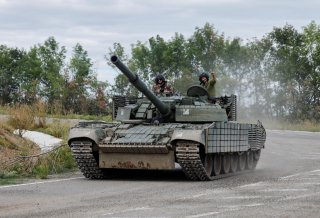 One former high-level U.S. intelligence official suspects that the Russian military’s struggles in Ukraine may be in part due to Putin receiving incomplete or inaccurate information regarding developments in the war. This could be one reason why Russia appears to have made few adjustments to its failed strategies and is instead largely adhering to its straightforward mechanized assault against Ukraine, an approach that has yielded little success.

“My theory was that the FSB, the old KGB, was reporting good news and reporting what the leader wanted to hear. [B]y the way, they've always done that since the 1950s. … They always give the leader what they want to hear. Well, as a result, if you had that information, it'd be logical to assume the Ukrainian government would collapse in two days,” Mike Mears, the CIA’s former director of human capital, told the National Interest in an interview.

Given Putin’s use of terror tactics and his willingness to imprison many of his own people, it would make sense that his subordinates may simply operate out of a sense of fear. This fear of Putin, one could easily imagine, may lead them to distort war developments, minimize losses, or embellish Russian successes, something that could lead the Russian leader to continue making the same mistakes.

Ruling or governing by fear is a well-documented tactic used by dictators and autocrats throughout history, recent examples of which include Stalin’s reign of terror and Saddam Hussein’s repression in Iraq. Such leadership styles are often described as distinctly Machiavellian, referring to Italian philosopher Niccolo Machiavelli’s book The Prince. Intended as a guide for how to achieve and sustain power over a principality, the text is famous for advancing the classic “ends justify the means” argument. “Let a prince therefore aim at conquering and maintaining the state, and the means will always be judged honorable,” Machiavelli writes. He even specifies a need for “cruelty well used,” a method of employing terrorizing or punitive methods to subordinate or control would-be detractors.

Part of Machiavelli's roadmap for maintaining power includes the use of fear as a tactic. Machiavelli famously explains that, as a prince, he would rather be feared than loved, saying, “Men love at their own convenience.” If you are the dictator, however, men “fear” at your convenience.

Throughout the centuries, some have praised Machiavelli, while others reviled or rejected his thoughts on political leadership. Saddam Hussein was reported to keep a copy of The Prince in his bedroom, and others throughout human history have embraced the Machiavellian tactic of scaring subjects into submission. In the case of Russia’s war in Ukraine, should Mears and other top experts be correct, Putin’s Machiavellian approach has ultimately not served him well, as he was led into making critical war decisions based upon false information.