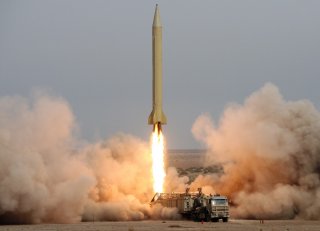 The International Atomic Energy Agency (IAEA), tasked with monitoring the world’s nuclear programs, reported on Wednesday that Iran’s stockpile of highly enriched uranium (HEU) had substantially exceeded the limitations agreed to under the 2015 Joint Comprehensive Plan of Action (JCPOA) nuclear deal negotiated between Iran and the “P5+1” nations.

The report noted in particular that the country’s stockpile of twenty percent enriched uranium had increased from ten kilograms to roughly eighteen. According to the Belfer Center, around twenty-five kilograms of HEU are required to build a crude nuclear weapon, although such a weapon would require uranium enriched at far higher levels than twenty percent.

The IAEA’s report comes as its Director-General, Rafael Grossi, is scheduled to embark on a visit to Iran next week. The director will arrive in Tehran on Monday and meet the country’s foreign minister, Hossein Amir-Abdollahian, the following day. The meeting will likely concern the agency’s monitoring of Iran’s nuclear program, in particular its operations at the Karaj centrifuge production site, which was damaged in a June explosion that Iran blamed on Israeli saboteurs.

Grossi has previously been quoted as claiming it was “astonishing” that he had still not held a meeting with the Iranian government, more than three months after President Ebrahim Raisi’s inauguration in early August and the formation of his cabinet.

Iran and the IAEA reached an early agreement in September to ensure future monitoring of the Islamic Republic’s nuclear activities, aiding the upcoming negotiations between the United States, the other members of the P5+1, and Iran in Vienna starting on November 29, although America’s participation will be indirect.

Although President Joe Biden has announced his intention to return the United States to the JCPOA—in marked contrast to his immediate predecessor, President Donald Trump, who withdrew the United States from the agreement in 2018—Tehran has insisted on a maximalist position, where all U.S. sanctions would be lifted. Because some American sanctions on Iran have been implemented for other reasons, including the country’s ballistic missile program and its sponsorship of foreign militias including Hezbollah, this demand is regarded as a non-starter.

Iran has also requested a guarantee that a future U.S. administration would not withdraw the country from any agreement with Iran—a guarantee that Biden cannot provide without negotiating the agreement as a treaty, which would require the support of two-thirds of the U.S. Senate. Because of that limitation, the original JCPOA nuclear deal was framed as an “executive agreement” when it was passed in 2015, meaning that a future president could undo it with the stroke of a pen, as Trump ultimately did.