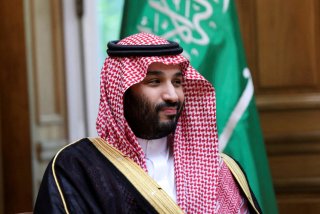 The controversial move by OPEC+, a group of oil-producing countries led by Saudi Arabia and Russia, represents the largest cut to production since 2020 when it reduced output by a record ten million barrels per day in response to plummeting demand due to the Covid-19 pandemic.

“The OPEC+ bloc’s plan to sharply curtail oil supplies to the market has derailed the growth trajectory of oil supply through the remainder of this year and next, with the resulting higher price levels exacerbating market volatility and heightening energy security concerns,” the IEA, which is made up of thirty-one member countries, said in its new oil market report.

“With unrelenting inflationary pressures and interest rate hikes taking their toll, higher oil prices may prove the tipping point for a global economy already on the brink of recession,” it continued.

Shortly after OPEC+’s announcement, the White House in a statement said that President Joe Biden was “disappointed by the shortsighted decision by OPEC+ to cut production quotas while the global economy is dealing with the continued negative impact of [Russian President Vladimir] Putin’s invasion of Ukraine.”

The administration added that Biden already has directed the Department of Energy to release another ten million barrels from the Strategic Petroleum Reserve next month. “The Biden administration will also consult with Congress on additional tools and authorities to reduce OPEC’s control over energy prices,” the White House continued.

Meanwhile, as reported by CNBC, the International Monetary Fund (IMF) on Tuesday slashed its global growth forecast for next year, now saying that economic expansion will slow to 2.7 percent in 2023, 0.2 percentage point lower than its July forecast.

“The worst is yet to come, and for many people 2023 will feel like a recession,” the IMF said in its World Economic Outlook report, adding that this is “the weakest growth profile since 2001.”

“There’s going to be a lot of slowdown and economic pain,” he concluded.