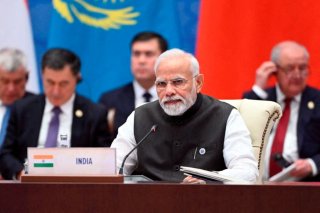 If India’s stance of not condemning Russia’s invasion of Ukraine has set it apart from major democracies, Prime Minister Modi’s presence alongside Russian president Vladimir Putin and Chinese president Xi Jinping at the Shanghai Cooperation Organization (SCO) in Samarkand, Uzbekistan painted an even more jarring picture for some. However, New Delhi’s stance on Russia and its presence in the SCO are informed by its continental interests. India’s security and economic interests are invariably tied to developments in Central Asia and its extended neighborhood containing Afghanistan and Iran. Not unlike its goals in the Indo-Pacific, India as an emerging great power has a stake in shaping a balanced, inclusive, and cooperative order in Eurasia.

India shares the concerns of Central Asian republics (CARs) about terrorist threats emanating from Afghanistan. In the wake of the U.S. military withdrawal from the country, it has sought to play a proactive role in coordinating a regional approach to deal with shared challenges.

For example, last December, India hosted national security advisors from five Central Asian countries, Russia, and Iran at the Delhi Regional Security Dialogue for close consultation and coordination on Afghanistan. While the Russian-Chinese “no limits partnership” is based on their shared quest for a post-Western Eurasian order, India, CARs, and even Iran are seeking an inclusive and balanced Eurasian continent where they can maintain their strategic autonomy and raise their geoeconomic status, while benefiting from multilateral cooperation.

Iran, notwithstanding its deepening partnership with Russia and China, sees the SCO as a vehicle for “Asian multilateralism” rather than an organization dominated by a regional or extra-regional hegemon. For India, it is important that Iran does not enter into the Chinese fold and remains an independent strategic actor in Eurasia. For their part, CARs are not only concerned about Russia’s revanchism, but they are also carefully watching the emerging Russia-China entente and are committed to expanding ties with the European Union (EU) and India.

Frederick Starr has rightly noted that the issue of connectivity will determine the economic orientation of the rising powers of Central Asia. The disruption of traditional logistic routes by Russia’s invasion of Ukraine and Western sanctions on Russia has given a new impetus to implement alternative connectivity corridors linking Central Asia with Europe and South Asia in the north-south direction. To neutralize Pakistan’s obstruction of India’s overland connectivity, India continues to develop Iran’s Chabahar port in the Gulf of Oman as an indispensable fulcrum for connectivity to Afghanistan and Central Asia. It has been pushing to include Chabahar within the International North-South Transport Corridor (INSTC), as an eastern branch to reach Central Asia.

Uzbekistan, with limited options as a landlocked country, sees Afghanistan as the land bridge to Iran and Pakistan’s seaports. However, after the Taliban takeover of Afghanistan, Uzbekistan (along with Pakistan) has put renewed focus on the construction of a trans-Afghanistan railway linking Uzbekistan with Pakistan’s ports in the Arabian Sea. Tashkent had hoped to attract funding from Western financial institutions, but with the Taliban in charge in Kabul, China is a more realistic source of funding for the project.

On the sidelines of the SCO meeting, Chinese foreign minister Wang Yi offered to extend the Chinese-Pakistan Economic Corridor (CPEC) into Afghanistan, seeking an “alignment of the BRI with Afghanistan’s development strategies.” Iran continues to develop the Chabahar- Zahedan railway line on its own despite India’s exit from the project and hopes to extend its railway connectivity to Herat, Afghanistan, further to Mazar-e-Sharif, and finally to Uzbekistan.

Similarly, Kazakhstan is seeking to address its transit dependence on Russia by engaging Europe and China to increase the capacity of the Trans-Caspian International Transport Route (TITR), called the Middle Corridor. At the same time, it is cooperating with Iran on Kazakhstan –Turkmenistan–Iran railway. At Samarkand, Kazakh president Kassym-Jomart Tokayev hailed the Kazakhstan–Turkmenistan–Iran railway as the shortest route from East Asia to the Persian Gulf. New Delhi has been courting Kazakhstan to use the Chabahar port for expanding bilateral trade, especially to connect Kazakhstan’s Caspian ports with Chabahar. Turkmenistan is also keen on realizing the Lapis Lazuli corridor connecting Pakistan and India via Afghanistan to Turkey via the Caspian-Caucasus route.

As the INSTC becomes primarily focused on connecting India with the Russia-led Eurasian Economic Union rather than Eastern Europe, India has to look for alternative overland connectivity to Europe. At Samarkand, Modi’s bilateral meeting with Turkish president Recep Erdogan indicated India’s recalibration of ties with Turkey, largely given the increase in bilateral trade and Turkey’s importance as a conduit to Europe. New Delhi’s close relations with the Gulf Cooperation Council, especially the United Arab Emirates and Saudi Arabia, in addition to the recent acquisition by an Indian company of Israel’s Mediterranean port of Haifa, will also enable India-EU connectivity.

India is the only country in the SCO that has refused to join the BRI on the grounds that it violates India’s sovereignty. Instead, it has also pushed for an alternative discourse on a “consultative, transparent and participatory form of connectivity.” It is engaging the EU to step up its role in promoting Eurasian connectivity. Thus, New Delhi is well positioned to help establish norms on connectivity, consistent with its Indo-Pacific goals and existing agreements between India and Europe.

As India takes over as the chair of the SCO, it is important to understand that India’s interest in deepening economic and security partnerships with Central Asian states, and also Iran, align with Washington’s policy of supporting the geopolitical pluralism of Eurasia. India’s balancing act during the Russo-Ukrainian War, far from being incoherent, is consistent with its economic and security goals for Eurasia.

Dr. Deepika Saraswat is an Associate Fellow at the Manohar Parrikar Institute for Defence Studies and Analyses.