India’s Tejas Fighter Just Performed Its First Carrier Landing—Does a Twin-Engine Model Have a Future in the Indian Navy? 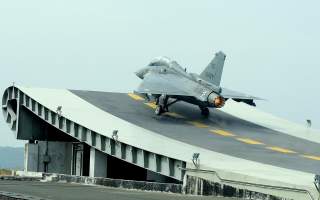