Is Iran's 'New' Jet Fighter or a Total Hoax? 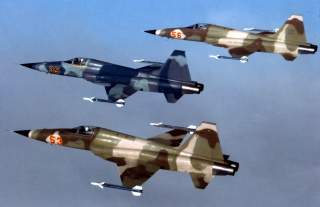 Fast forward a year and a half later and we are again greeted with headlines for yet another “100% indigenously made” fighter jet, this time a “state of the art” two-seater called the Kowsar. And yet it appears identical to an F-5F Tiger II two-seater jet.