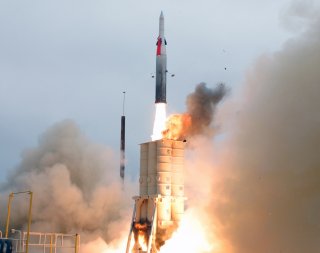 Israel’s Ministry of Defense said it completed a pre-planned flight test of its advanced Arrow weapon system, an air defense system that confronts ballistic missiles. The test was announced on January 17. It came a day after the United Arab Emirates was the victim of an attack allegedly carried out by the Iranian-backed Houthi rebels in Yemen. That attack reportedly involved drones and missiles. Although the two incidents are not directly related—the missile test was planned long before the attack on the UAE—the two incidents represent the rising tensions in the region and the quest to have the best air defenses available.

The Israel Missile Defense Organization (IMDO) of the Directorate of Defense Research and Development (DDR&D) in Israel’s Ministry of Defense, together with the U.S. Missile Defense Agency (MDA) and the Israel Defense Forces (IDF), conducted the successful flight test, according to Israel’s Defense Ministry. A statement said the test was for “the Arrow Weapon System (AWS) and the Arrow 3 interceptor, which is designed to intercept ballistic missiles outside of the earth’s atmosphere. The test was performed at a test site in central Israel, and led by Israel Aerospace Industries (IAI).”

A radar array detected the target and transferred data to a battle management system which analyzed the threat and executed a defense plan using two Arrow-3 interceptors, Israeli officials said. The two interceptors “were launched toward the target and successfully completed the mission.” Israel’s Defense Minister Benny Gantz praised the test. “I commend the successful outcome of the recent flight test – Israel’s defense establishment and industries continue to develop some of the world’s most advanced systems. With every step forward, with every development, we equip the State of Israel with the capabilities to defend itself against developing threats. Our systems provide Israel with the freedom to maneuver strategically.”

The system is one of Israel’s multi-layered advanced air defense systems which include David’s Sling and Iron Dome. All these systems are supported by the United States and the Arrow has been developed closely in collaboration with the U.S. MDA. The desire for Israel to have systems like this dates back to the era after the Gulf War when Israel was attacked by Saddam Hussein’s Scud Missiles. This threat was again seen during the 2006 war with Hezbollah that saw Israelis rushing for shelters from missiles and led to the development of the Iron Dome. That system recently helped stop thousands of missiles fired from Gaza by Hamas.

These systems are constantly being updated to meet new threats. These new threats include drones and cruise missiles. Israel is concerned about Iran’s drone and missile program. In addition, Iran has been increasingly using drones and missiles to target U.S. forces in Iraq and Syria, and also sending technology to Yemen so the Houthis can target Saudi Arabia. All this takes place in the context of the discussion in Vienna aimed at securing some kind of new Iran deal between the West and Iran. Israel is concerned that any such deal would not prevent Iran’s continued proliferation of weapons across the region and its threats to develop nuclear weapons. Systems like Arrow are key to defending Israel against ballistic missile threats from Iran.

Israel notes that the Arrow system and its test were made possible through joint efforts of Israel, the United States, the Israel Air Force, and various Israeli defense companies. These include IAI, the prime contractor, as well as Elisra, a subsidiary of Elbit Systems, which develops the battle management system. Boeing, Tomer, and Israel’s Rafael also are part of the subcontractor network for the interceptor. Rafael designs and develops the target.

“This test was designed to challenge every element of the Arrow Weapon System, and it performed beautifully. Data collected from this test guide future development of the AWS,” said MDA director Vice Adm. Jon Hill.  “MDA remains committed to assisting the Government of Israel in upgrading its missile defense capability against current and emerging threats.”

Israel’s chief of the IDF General Staff, Lt. Gen. Aviv Kohavi also praised the test. “The IDF and Israel’s defense establishment see great importance in constantly upgrading and improving our air defense capabilities. The test conducted this morning is another element in our ability to respond to developing threats in the region, and is a part of the implementation of the IDF's multi-year plan.” Israel sees this as a significant leap forward in the capabilities of the defense establishment to develop in the face of emerging regional threats and to adapt for the future battlefield, Israel’s DDR&D head Dani Gold said.

Israel believes that since the successful Arrow tests in Alaska in 2019 it has significantly expanded the Arrow Weapon System’s capabilities. Israel sees it as a milestone, according to the Ministry of Defense.

The announcement comes in the wake of several other Israeli innovations. Rafael Advanced Defense Systems recently completed development of its RecceLite XR, the third and latest model of the advanced, state-of-the-art reconnaissance system. “This newest version is supported by artificial intelligence (AI) and enhanced sensors which were put to the test in a live test in late 2021,” the company said. “Rafael demonstrated the third-generation model of the RecceLite XR and its new capabilities for the first time to an international delegation including over twenty industry partners and customers from several different countries. The simulation involved a series of operational tasks and successful execution by the third generation RecceLite XR which was supported by other Rafael systems,” the defense company noted.

At the same time, on January 13, Israel’s Elbit Systems said that its Swedish subsidiary was awarded a contract from the Swedish Defence Materiel Administration to supply the Albatross Combat Management Systems for the Royal Swedish Navy. These types of systems and advancements, from missiles to battle management systems and reconnaissance pods are part of the defense ecosystem that continues to make Israel one of the most advanced countries in the world in terms of defense technology.