Jordan to Donate Electricity to Lebanon Amid Energy Crisis 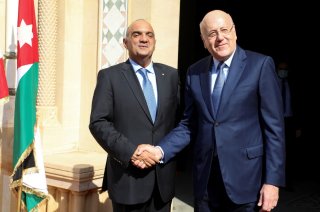 Walid Fayad, Lebanon’s minister of energy, has announced that the crisis-torn country will begin importing electricity from Jordan, which will have to pass through Syria, in an effort to address an ongoing energy crisis, according to an AFP report.

Lebanon’s electricity supply has been highly unstable—or nonexistent—in much of the country since the onset of its financial crisis in 2019. Electricity is only delivered intermittently for as little as two hours a day in many areas. The plan to import electricity from Jordan is part of the government’s effort to ensure a stable supply for at least eight hours per day, according to Fayad.

“The deal is important because it will increase state power supply, which is cleaner and cheaper” than the energy produced by private generators, the minister said. Because of the unreliability of Lebanon’s central electric grid, many of the country’s citizens have depended on gasoline-powered generators. However, as these generators are far more expensive than a functional state-run grid, their use has only worsened the country’s economic situation.

Jordan is expected to sell Lebanon a total supply of 250 megawatts during the day and 150 megawatts at night—enough to cover power for two full hours per day across the country. A Jordanian delegation is set to negotiate the details of the contract in Beirut next week. After a transit agreement is negotiated with Syria, the shipments will be free to begin.

Fayad indicated that the agreement would likely be structured as an “in-kind” payment, in which Syria is free to use a portion of the electricity passing through its grid. The agreement would be carefully structured in order to avoid violating any U.S. sanctions that forbid financial dealings with the regime of Syrian president Bashar al-Assad.

In addition to its direct electricity imports from Jordan, the Lebanese government has imported fuel oil from Iraq and intends to increase its imports of gas from Egypt via the Arab Gas Pipeline. Like the arrangement with Jordan, gas from the Arab Gas Pipeline would pass through Jordan and Syria before reaching Lebanon. A similar arrangement must be negotiated with Syria first, and Fayad noted that Egyptian authorities intended to await confirmation from the United States that paying Damascus in gas would not result in a sanctions violation.

Both sets of imports will cost Lebanon a combined $400 million per year. The World Bank loaned the country $300 million for the project—contingent upon reforms to the country’s energy sector, such as raising prices—and Fayad indicated that $100 million would need to be raised from other sources.