Kazakhstan to Reduce Dependence on Russia for Oil Exports 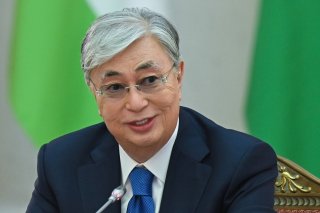 President Kassym-Jomart Tokayev of Kazakhstan has reportedly ordered the country’s state-run oil and natural gas company, KazMunayGas, to consider ways to diversify Kazakhstan’s oil exports—including through further development of the proposed Trans-Caspian Pipeline, which would allow Kazakhstan to transport hydrocarbon resources through Central Asia and Turkey to sell in Europe.

In addition to the Trans-Caspian development, the president requested that the gas company increase the capacity of the existing Atyrau-Kenkiyak and Kenkiyak-Kumkol pipelines, which were created to export Kazakh oil and gas to Russia and China.

The proposed Trans-Caspian route, a topic of discussion within the former Soviet states in Central Asia for more than two decades, would pass from Kazakhstan across the Caspian Sea to Azerbaijan, then through Georgia, Turkey, and southeastern Europe. The pipeline would increase Kazakhstan’s ability to supply oil and natural gas to Europe without first exporting it to Russia. If completed, the pipeline would decrease the Central Asian states’ reliance on Russia, eliminate the need to pay transit fees to the Kremlin, and potentially allow for the sale of an alternative source of hydrocarbons to the European states which have sanctioned Russian imports.

Tokayev’s direction came shortly after a Russian court ruled against the Caspian Pipeline Consortium, a transnational consortium that exports roughly 80 percent of Kazakhstan’s oil through the 1,500-kilometer Tengiz-Novorossiysk pipeline. The court suspended the pipeline’s operations at its terminus in Novorossiysk due to environmental concerns, including the company’s lack of an adequate plan for an accidental oil spill. The company has been given until November 30 to address the court’s concerns. A previous suspension of activities from Novorossiysk came in June during an operation to remove mines around the port that had been left over from World War II.

Although Russia has claimed that the pipeline shutdowns are not intended as political or economic measures, they came shortly after Tokayev insisted at the annual Saint Petersburg International Economic Forum (SPIEF) that the country found it “impossible” to recognize the Donetsk and Luhansk People’s Republics, the two Moscow-aligned separatist regions in Ukraine’s eastern Donbass region. Both regions are internationally recognized as part of Ukraine, and only Russia and Syria have recognized their independence.

Shortly after Tokayev’s remarks at the SPIEF conference, Kazakhstan’s Ministry of Finance announced that the country would voluntarily cooperate with Western sanctions on Russia and Belarus and would not supply them with sanctioned products, although Kazakh officials declined to implement independent sanctions against the Kremlin.

Russia has also strongly opposed the construction of a Trans-Caspian pipeline, viewing it as a costly alternative to Central Asia’s reliance on Russian pipelines to export hydrocarbons.