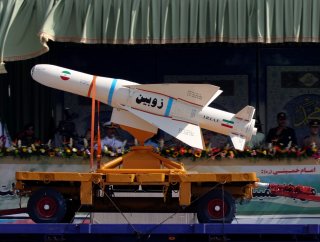 Removing the scourge of nuclear weapons from the world requires that existing nuclear-armed states reduce and eventually eliminate theirs and that non-nuclear states do not acquire them. No nonproliferation concern is more urgent right now than Iran, which does not have weapons but is rapidly expanding its nuclear capacity in response to the U.S. withdrawal in 2018 from a landmark multilateral agreement.

Despite the Biden administration’s reversal of Trump policy and its announced willingness to return to full compliance with the 2015 Joint Comprehensive Plan of Action (JCPOA) if Iran does so as well, the Islamic Republic appears ambivalent at best about cutting back its nuclear activities again. “The JCPOA had great results for Iran in terms of sanctions relief only on paper,” Iranian foreign minister Hossein Amir-Abdollahian complained on September 24 in a session with U.S. Iran experts on the sidelines of the UN General Assembly. He was referring to Iran’s experience in 2016 after the agreement came into effect—even before the election of Donald Trump chilled most Western investment in Iran.

Subjected to the most stringent sanctions in its history after Trump pulled out of the JCPOA, the Islamic Republic has managed to survive by continuing to sell oil to China, which regards U.S. secondary sanctions as illegal, and by diversifying other exports and building up domestic production. Iranian officials question whether it is worth recommitting to the JCPOA and obtaining a few years of sanctions relief when a Republican—even the JCPOA-hating Trump himself—could return to power in Washington in early 2025. Amir-Abdollahian suggested that the Biden administration would have to do more upfront, such as unfreezing Iranian assets in foreign banks to let it buy coronavirus vaccines before Iran would consider returning to the JCPOA. He also refused to commit to resuming talks in Vienna at the point where they left off in June 2021, when indirect U.S.-Iran negotiations were suspended in advance of Iranian presidential elections.

Meanwhile, Tehran is steadily accumulating uranium enriched to higher and higher levels and installing more advanced equipment. It is also reducing cooperation with the International Atomic Energy Agency, refusing to allow inspectors to replace cameras at a centrifuge facility that was damaged in a sabotage attack attributed to Israel. These actions could be meant mostly as leverage in upcoming negotiations but could also have the effect of reducing the breakout time in which Iran could acquire sufficient fissile material for a nuclear weapon— from about a year under the JCPOA to a matter of weeks.

Iran has discounted the pleas and threats of European participants in the deal—Britain, France, Germany, and the European Union—saying Europe has lost its relevance because it failed to continue to trade with Iran after Trump reimposed sanctions. The attitudes of the two other parties to the agreement, China and Russia, are much more important for Iranian decision-making. Often on the outs with the West on other issues, China and Russia should encourage Iran to come back into the fold since it is not in anyone’s interest to see more nuclear weapons states in the Middle East. With billions of dollars in oil revenues still locked up in foreign banks, Iran should also see the wisdom of returning to an agreement that was blessed by the UN Security Council and that represented a rare victory for Iranian diplomacy.

Iranian officials have said repeatedly that they are not after nuclear weapons; the supreme leader of the country, Ayatollah Ali Khamenei, has declared that all weapons of mass destruction are contrary to Islam. But few of Iran’s neighbors trust its words. Should Iran continue to expand its nuclear program, it will incentivize Saudi Arabia and other regional rivals to pursue a hedging capacity as well. Given the degree of instability and dysfunction in the region, the last thing the Middle East needs is a nuclear arms race.

Barbara Slavin directs the Future of Iran Initiative at the Atlantic Council. She tweets @BarbaraSlavin1.