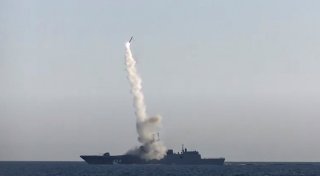 Russian president Vladimir Putin’s 2018 state-of-the-nation address unveiled a raft of new offensive hypersonic systems. In the years that followed, Russia became one of the world’s foremost developers of hypersonic weapons technology. But what exactly does the Kremlin have to show for its efforts? Here is a list of all current and prospective Russian hypersonic weapons.

3M22 Tsirkon, also known as Zircon (NATO reporting name SS-N-33), is a winged anti-ship hypersonic cruise missile capable of reaching speeds of over eight Mach or around 9800 kilometers per hour. According to the latest reporting, the Tsirkon will have a range of roughly 1,500 km for ground strike missions and slightly less than that for naval targets. Tsirkon is expected to enter service in the first half of 2022, pending the success of ongoing state trials. It was revealed in July that Admiral Golovko, the third frigate of the Project 22350 Admiral Gorshkov class, will become the first Tsirkon carrier. Other likely fittings include Russia's modernized Gremyashchiy class corvettes, as well as the two Kirov-class battlecruisers Petr Velikiy and Admiral Nakhimov. Russian defense experts have argued that Tsirkon can hold US carrier strike groups (CSG's) at risk and impede carrier wings from operating effectively.

Kinzhal is an air-launched, nuclear-capable ballistic missile, boasting a reported range of over 3,000 km and top-flight speed of Mach 12 when launched from a Tu-22M3 bomber. The missile can also be carried aboard specially modified MiG-31K interceptors, and there are unconfirmed reports that a bespoke, smaller Kinzhal variant is being designed for the Su-57 fifth-generation fighter. Kinzhal formally entered service by the end of 2018, though it is unclear how many of these missiles have been produced to date.

Avangard is a hypersonic boost-glide vehicle with a flexible multiple independently targetable reentry vehicle (MIRV) payload. It combines a high-performance ballistic missile with an unmanned glider vehicle, with Putin adding that “the weapon is capable of performing sharp maneuvers on its way to targets making it absolutely invulnerable for any missile defense system.” The Avangard system can reach speeds of up to Mach 20, or 24,696 kilometers per hour, and can be fitted with either a nuclear or conventional payload. The weapon was introduced in 2019, with at least four Avangard-equipped missile systems currently serving in Russia’s Strategic Missile Forces.

The latest addition to Russia’s hypersonic roster, the Kh-95 was rather unceremoniously unveiled by Colonel-General Vladimir Zarudnitsky in the August 2021 edition of the Russian journal Military Thought. “Today supremacy in the air is a vital condition for ground and naval groupings of troops (forces) to conduct combat operations successfully,” Zarudnitsky wrote on the bottom of the forty-first page. “For this purpose, Russia is developing and accepting such advanced and upgraded armaments, military and special hardware for service in its Aerospace Force as the Tu-160M strategic missile-carrying bomber, the Kinzhal airborne hypersonic missile system, and long-range air-launched precision weapons, in particular, the X-95 [Kh-95] hypersonic missile.”

The Kh-95 appears to be a long-range hypersonic cruise missile, potentially fulfilling an important mission requirement for a standoff hypersonic weapon that can overcome NATO air defenses whilst being launched outside the effective engagement ranges of Western interceptors. Defense industry insiders confirmed that the Kh-95 will be compatible with the modernized Tu-160M and Tu-23M bombers.