Locked and Loaded: Could Iran Sink the U.S. Navy If War Breaks Out? 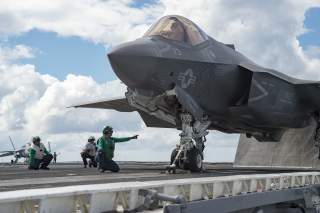 Key Point: Given the volume of valuable commercial shipping in the Persian Gulf, Tehran is investing in improving its ASBMs—and publicizing that effort to the world—as a means to build conventional military deterrence in a context of rising tensions with Saudi Arabia, Israel and the United States.

Sébastien Roblin holds a master’s degree in conflict resolution from Georgetown University and served as a university instructor for the Peace Corps in China. He has also worked in education, editing, and refugee resettlement in France and the United States. He currently writes on security and military history for War Is Boring. This first appeared earlier in the year.