Mali's Junta Calls for Danish Troops to Leave the Country 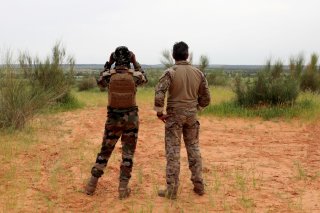 A consortium of fifteen countries, including France, urged the military government of Mali to rescind its demand for Danish peacekeepers to leave the country.

The Danish peacekeepers deployed in Mali are serving as part of the “Takuba Task Force,” the international military operation to assist the Malian military in its fight against Islamist extremist groups, including the West African Al-Qaeda and Islamic State (ISIS) local affiliate branches. Because the groups operate across borders, the task force cooperates with authorities in Mali, Niger, and Burkina Faso, the three Sahel countries hardest hit by the insurgency. Danish troops, including special operations forces and medics, account for roughly one-tenth of the 900 troops in the task force.

While Mali’s military junta has not objected to the presence of the Takuba Task Force as a whole, it has said that the Danish troops within it should immediately withdraw and explicitly denied that they were there legally.

“No accord authorizes the deployment of Danish special forces to the Takuba Task Force,” the country’s interim government said on Wednesday. A handful of other nations nominally involved with the Task Force—including Hungary, Norway, and Portugal—have applied for Mali’s approval into the program but have not yet been accepted.

For their part, the European constituent countries of the Takuba Task Force have indicated that they view Denmark’s presence within Mali as lawful, arguing that Danish troops were acting “in full accordance with international and national laws in their support to the Malian armed forces and in their long-standing fight against armed terrorist groups.”

The current iteration of Mali’s Islamist insurgency originated in 2012 after a failed attempt at secession by Tuareg rebels in the country’s north. The Tuaregs made tacit alliances with Islamist groups that later took over much of their territory. Although a French-led military intervention drove out the Islamists, reasserting the central government’s authority in the north, they retreated to Mali’s sparsely populated desert areas and spread to neighboring Niger, Nigeria, and Burkina Faso.

Relations between Mali and Western European countries have steadily deteriorated since the country’s first military coup in mid-2020. The coup was condemned by most European governments, driving a wedge between them and the new military junta.