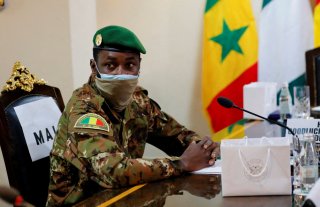 The military-dominated parliament of Mali approved on Monday a timetable for a democratic transition, allowing the military government of Colonel Assimi Goita to continue ruling the country for up to five more years.

The legislature also declared that the current president, who officially serves in an interim capacity, would not be allowed to stand for a democratic election at that time—in theory preventing Goita from running for office. However, some observers have noted that the restriction would not apply to Goita if he resigned ahead of the elections and ran for the presidency as a private citizen.

Goita, the leader of the military junta that deposed President Ibrahim Boubacar Keita in 2020, was initially appointed to lead a joint civilian-military government as Mali’s transitional president. In May 2021, Goita consolidated his power by launching a second coup, dismissing many civilian leaders and ensuring the primacy of the military in the country’s government.

In the aftermath of the first coup, the government promised that it would hold democratic elections in February 2022. However, in December 2021, the junta indicated a more liberal timetable for the transition, suggesting that it could take place at an unspecified time between mid-2022 and late 2026. In response to the delay, the Economic Community of West African States, or ECOWAS, imposed sanctions on Mali, arguing that the proposed length of the transition period was excessive and allowed the military too much latitude to find ways to remain in power.

The political and economic turmoil within Mali has strained the country’s relationship with France, the traditional security guarantor of West Africa. French troops, which have carried out a campaign against Islamist militants in the country’s north since 2013, agreed to withdraw from the country this week after several hostile diplomatic exchanges with Mali’s government. In a move that sparked opposition from Western nations, France’s departure led Goita and his associates to push for assistance from Russia’s Wagner Group.