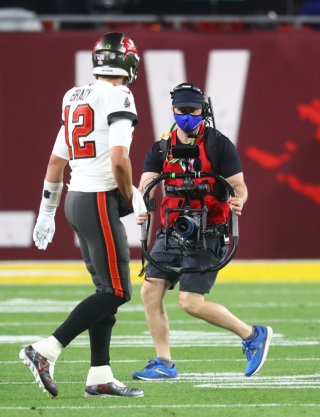 With National Football League (NFL) owners gathering this week for their annual league meetings, there has been speculation about some movement in the race for the NFL Sunday Ticket rights. DirecTV’s long-held exclusive rights to that out-of-market games package are a year away from expiration, and numerous parties, including Apple, Amazon, Disney, and Comcast, are reportedly interested in bidding on the package, which the league would like to move to a streaming platform.

There’s been no word yet out of Palm Beach, where the meetings are taking place, about Sunday Ticket developments. But there was some surprising news Monday about a potential new NFL streaming product.

The service is tentatively called “NFL+,” and it would likely replace a past deal with Yahoo that provided streams of games to viewers on laptops and tablets. The slides shown at the NFL meetings listed a $5 per month price, although the report said that number isn’t final.

“In the future, it appears if fans on the go want to stream games on their phone and they don’t have a cable subscription, they will need to pay for what is tentatively called NFL Plus,” the Athletic’s report said.

How that would impact the Sunday Ticket bidding, as well as the streaming components of the league’s past TV deals, remains unclear. The NFL is also rumored to be selling off a stake in its media arm, which currently consists of NFL Network, NFL.com, NFL Red Zone, and other properties, and a new streaming service could tie in with that.

Lee Berke, a sports media consultant, told the Athletic that the new streaming service could tie in with the NFL’s current efforts to sell the Sunday Ticket and mobile streaming rights, as well as the NFL Media stake.

The report added that while the NFL needs to resolve the mobile deal by the start of next season, it’s not necessarily on a similar schedule for the other possible deals.

Any deal for Sunday Ticket, meanwhile, “is still at the very least months away, if not longer.”

Major League Baseball (MLB) has proposed launching its own streaming service to allow fans to watch out-of-market games, and the MLB has even discussed bringing the NBA and the NHL in on the deal. The NFL, however, is structured differently, with all broadcasts produced nationally and no local broadcast deals offered for the regular season.