A New Missile Gap: Does the U.S. Military Have an ICBM Age Problem? 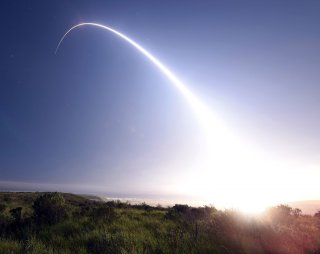 The Air Force’s GBSD program, an effort to build as many as 400 new ICBMs, is slated to emerge toward the middle or end of the 2020s. However, existing Minuteman III are now more than fifty-years-old and on the decline due to obsolescence.

This scenario presents a significant predicament for nuclear deterrence, according to Lieutenant General Richard M. Clark, Deputy Chief of Staff for Strategic Deterrence and Nuclear Integration, who expressed concern that potential delays with the GBSD could risk a “gap.”

“A gap between Minuteman III and GBSD is not something we can have, especially since the ICBM is the cornerstone of our nuclear defense,” Clark told The Mitchell Institute Nuclear Defense Forum.

A small emerging gap may already be taking place, according to a Government Accountability Office report, which stated that the Minuteman III may not be able to meet full mission requirements by 2026.

While Clark wants to make sure that the GBSD is fully funded with solid requirements and making technical progress with prototypes, he also explained that the Air Force is now pursuing as many as twenty modernization programs for the Minuteman III.

Recognizing that the fifty-year-old weapon certainly has limitations and can only be upgraded to a certain extent, Clark explained that there is important ongoing work to improve the missile itself as well as its launchers and boosters.

“All of these programs are intended to extend Minuteman III before it falls off a cliff. We are investing to keep the gap closed but that margin is fragile,” Clark said.

The existing GBSD program is being engineered to bring new levels of reliability, targeting and guidance technologies to sustain the U.S. ground-fired ICBM fleet well into the 2080s and beyond. The Air Force is already working on prototypes and, according to service Acquisition Executive Will Roper, is using digital modeling to expedite the developmental process.

“With digital engineering we can look at 10 to 20 designs,” William Roper, Assistant Secretary of the Air Force, Acquisition, Technology & Logistics, told an audience as far back as several years ago at an Air Force Association Symposium.