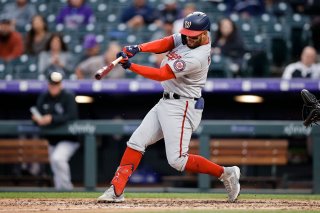 Times are clearly changing when it comes to how baseball fans will watch their favorite teams.

Major League Baseball recently announced streaming deals with both Apple and Peacock to air national games on those streaming services. MLB will receive a reported $115 million annually for those deals, according to Forbes. But those deals are for national games, separate from the team-produced broadcasts that appear on regional sports networks.

There have been signs that that model is beginning to collapse, especially as cord-cutting accelerates. In particular, Sinclair Broadcast Group, whose Bally Sports networks have the rights to more than half of the teams in baseball, has announced plans for a streaming service with local sports broadcasts.

However, a new report says the service won’t be ready for the start of Major League Baseball’s Opening Day on April 9. According to FierceVideo, the Bally Sports direct-to-consumer app won’t arrive until this summer and will feature only five teams. The Kansas City Star reported that one of those teams will be the Kansas City Royals. That means cord-cutting Royals fans, who lost the ability to watch their team through Google Fiber TV, will be able to watch their team, albeit not in time for Opening Day. Hulu + Live TV and YouTube TV both dropped the Bally’s channels (then known as Fox Sports) in 2020, although they’re still available on DirecTV Stream.

According to Sportico, the other teams part of the initial round are the Milwaukee Brewers, Tampa Bay Rays, Miami Marlins, and Detroit Tigers. No pricing has been announced for the service. The five teams will be part of a “soft launch” for the service, Sinclair said this spring. The idea is that the other teams with Bally Sports deals would be available to stream sometime later.

“We’re working on some things. Sinclair is working on some things,” Royals owner John Sherman told reporters, according to the Kansas City newspaper. “Then long-term, I think there are some really exciting solutions. I don’t know how long it will take. The whole landscape is changing, streaming, the way young people consume the game and connect to teams and players.”

The New York Post reported last month that the Chicago Cubs and Sinclair are in talks for the Cubs to launch a team-specific streaming service over the objections of Major League Baseball. MLB commissioner Rob Manfred is concerned that the debt-laden Sinclair “doesn’t have the cash needed to produce high-quality broadcasts.” In addition, the Post reported last year, baseball has considered launching its own local streaming service for cord-cutters. MLB could potentially team up with other sports leagues, such as the NBA and NHL, on the venture. That report, last October, said that the service could cost between $10 and $20 per month, but would vary by market.