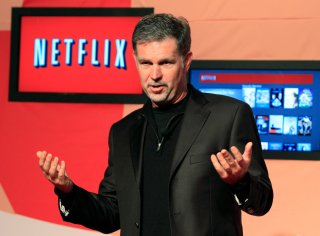 Nielsen and Company, which has long measured TV ratings, has released a new report on the impact of entertainment streaming services. While customers have flocked to streaming services and mostly enjoy their user experience, the economic picture of the sector remains uncertain.

The study concludes that the industry has “reached a tipping point.” What drove that, largely, is that almost everyone now has internet access. The pandemic also pushed audiences toward streaming services.

“The near-ubiquity of internet connectivity has exponentially fragmented the media landscape, providing consumers with seemingly countless ways to satiate their hunger for content,” the report said. "In the fall of last year, more than 81 percent of U.S. homes had at least one TV-connected device, up from 72 percent back in 2019. That connectivity, combined with the hundreds of direct-to-consumer options that offer everything from high-profile movies to DIY and adventure to sports programming, has transformed how we use our TVs. Late last year, Americans 2 and older spent 32 percent of their total TV time with TV-connected devices (68 percent with traditional TV). Among kids 2-17, the percentage was a whopping 64 percent.”

Another big change is that media companies are organizing their strategies around streaming and developing new shows for streaming services rather than for cable networks.

“Audiences are eating it up—even when cost is a factor,” the Nielsen study said of streaming. “In fact, a recent custom survey found that 93% of Americans plan to either increase their paid streaming services or make no change to their existing plans. While reflective of those we surveyed, this data stands somewhat opposed to market expectations by many, such as Deloitte, of significant churn as the streaming wars escalate.”

Therefore, many customers will be spending somewhere close to what they used to spend on cable on streaming services. Nielsen also found that many consumers are interested in bundling.

According to the study, 64 percent of those surveyed “wish there was a bundled video service that would allow them to choose as few or as many video streaming services as they wanted, more like channels,” while 46 percent say they find it hard to find the streaming content they want because there are so many services available.

Nielsen also found that virtual multichannel video programming distributors (vMVPDs), like Hulu + Live TV, YouTube TV, and DirecTV Stream, are gaining in popularity, especially with younger audiences. While 7.1 percent of all TV households subscribed to such services three years ago, that percentage has now reached 12.5 percent.

Another notable conclusion in the study is that there are 817,000 unique programs across all platforms, a number that was about 646,000 as recently as late 2019.

“While many of those titles form the bedrock of the traditional TV universe, more recent content, especially during the past two years, has been developed for over-the-top (OTT) release across the growing expanse of streaming services,” the report said. “And as choice proliferates, consumers will increasingly rely on content platforms and services to provide them with the content they’re most interested in.”

Many Choices— Maybe Too Much

In the end, consumers have more choices–but those choices have confused many of them.

“Today’s media landscape is a treasure trove of options for consumers, and the volume of streaming content continues to expand as platforms add more content,” Nielsen said in the conclusion. “With an audience-first mindset, the media industry can help consumers find what they’re looking for and use what they know about their evolving viewing behaviors to keep them engaged.

"And as consumers engage with new ad-supported options, marketers can leverage TV and streaming-specific segments to ensure they’re reaching and engaging with their desired audiences. Additionally, buyers and sellers can tap into streaming-rich media planning tools to identify the incremental reach that streaming audiences bring to cross-platform campaigns to understand the full picture of who they are targeting.”

The report follows the news last month that Nielsen had agreed to be acquired for $16 billion by a private equity consortium that includes Evergreen Coast Capital Corporation and Brookfield Business Partners L.P.