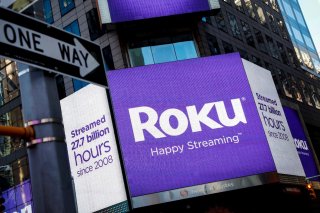 The year 2020 could be called the year of Roku. The streaming device and platform company was a big winner of the pandemic year, with people staying home and watching streaming content and many of them choosing to do so either through Roku boxes and sticks or in many cases Roku TVs. This led to a massive increase in the user base for the company, as well as its valuation.

It’s not hard to see why Roku is so popular. It’s extremely easy to use and provides a simple and intuitive interface. Many Roku TVs are affordable and unbelievably easy to set up-you can buy the TV, plug it in, connect to Wi-Fi, and be streaming Netflix, Hulu, and every other major streaming service within minutes. And, following long-awaited agreements this fall with AT&T and Comcast, every major streaming service is now available on the Roku platform. Adding apps is easy, the search function is simple, and the interface works across multiple TVs and boxes.

The year has also been very lucrative for Roku. In the third quarter, the company’s revenue was $452 million, an increase of 73 percent over the same period the year before. In that quarter, the company added  2.9 million active accounts, bringing its total to 46 million.

According to Motley Fool, Roku has a 38 percent market share of the smart TV operating software market in the U.S., a growing and increasingly important market. This led that site to name Roku its “top stock for 2021.” Indeed, the company’s stock surged throughout the year, from $138.19 on January 1 to $334.61 on December 31, with spikes multiple times when the company announced new deals with streaming services. Roku is now valued at over $42.5 billion.

Tom's Guide wrote this week that Roku “beats every other streaming device,” for several reasons, from the access to a wide variety of content to its clean interface.

“The truth is I am willing to overlook some of Roku’s minor shortcomings if I get something green in return,” the site said. “In my mind, a clean and easy-to-use interface is well worth the fact I don’t have an HDR feature I can’t even use right now. But come back to me in a few years, after I’ve upgraded my TV to something better than a basic 4K set, and see if I feel the same way.”

The challenge for Roku in 2021 will be keeping up the momentum, especially once the pandemic begins to recede and Roku users begin spending less time at home.

Stephen Silver, a technology writer for The National Interest, is a journalist, essayist, and film critic, who is also a contributor to Philly Voice, Philadelphia Weekly, the Jewish Telegraphic Agency, Living Life Fearless, Backstage magazine, Broad Street Review, and Splice Today. The co-founder of the Philadelphia Film Critics Circle, Stephen lives in suburban Philadelphia with his wife and two sons. Follow him on Twitter at @StephenSilver.