NFL Plus Confirmed to be Mobile Only 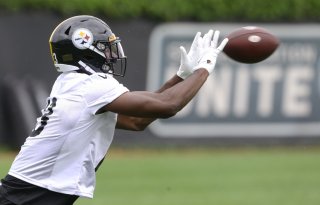 Earlier this week, Sports Business Journal reported that the NFL is moving forward with its new streaming service, likely to be called NFL Plus. It is slated to launch later this summer.

Now, Axios has confirmed the report and added more details, including that the new service will be mobile-only, citing a source. NFL Plus will replace a previous deal the league had in place with Verizon to provide mobile access to games. However, the new service will charge $5 dollars per month, while the Verizon service was free to subscribers of that carrier.

Despite losing the mobile deal, Verizon has reached a “marketing and tech agreement to be the official technology partner of the NFL,” the report said.  According to Axios and other reports, the NFL is looking to sell off a stake in its media arm, of which the new service will be a part, along with NFL Network, NFL.com, and other properties. The NFL Sunday Ticket out-of-market package, which will become available after the 2022 season, may be part of that deal.

Those subscribing to the new service will receive access to any games that would be available in their home markets, such as the Sunday games that air on CBS, FOX, and NBC, on their phones and other mobile devices. Other content, including radio and podcasts, will also be available as part of NFL Plus.

It doesn’t appear that such streaming will be exclusive to the new app. For example, those who subscribe to vMVPD services like Hulu + Live TV and YouTube TV could as of last season stream local channels, including those showing NFL games, outside of the home. The NFL also has streaming deals that stream the games on Peacock, ESPN+, and Paramount+, including on mobile devices.

The Sunday Ticket package, which shows every out-of-market game to subscribers, remains exclusive to DirecTV for one more season. But should it go to a streaming service starting in 2023, such as Amazon or Apple, that package would then be available on mobile devices as well.

Some reports in April indicated that Apple was either the frontrunner for Sunday Ticket or even already had a deal in place, but there has yet to be any announcement from Apple or the NFL confirming that. A Variety analysis last month showed that Apple “views Sunday Ticket as a means to propel subscriptions of its SVOD service to the next level”- that is, to drive subscriptions to Apple TV+ rather than to Sunday Ticket itself.

Axios also pointed out another benefit to the NFL in getting into the streaming business: “Owning its own streaming service will also give the league much more data on its fans' viewing habits.”