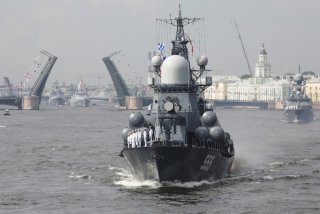 The government of Nicaragua has extended an invitation to the Kremlin for Russian troops to train inside the Central American country and conduct joint military exercises with the Nicaraguan armed forces. The invitation comes days after the United States imposed a new round of sanctions on Nicaraguan government officials and blocked the country from attending the Summit of the Americas in Los Angeles last week.

The decision to allow Russian troops access to Nicaragua was originally drafted by the National Assembly, Nicaragua’s parliament, and approved by President Daniel Ortega. It will enable Russia, along with several other Central and South American countries, to enter Nicaragua and engage in “training exercises and humanitarian aid operations,” claiming that joint participation would help to facilitate “an exchange of experience” between foreign troops and their Nicaraguan counterparts. The measure specifically approves the presence of up to 230 Russian soldiers in the country from July until December, empowering them to patrol Nicaragua’s Pacific coast in tandem with the Nicaraguan military.

It is unclear what the strategic benefit to Nicaragua would be from such a move. However, it is sure to annoy Washington, which had previously cautioned Ortega not to cooperate with Russia in light of its invasion of neighboring Ukraine on February 24. The week before the move, Washington placed new sanctions on ninety-three Nicaraguan officials associated with the country’s justice system over concerns that nearly 200 Nicaraguans had been improperly convicted and jailed for political offenses. Brian Nichols, an official at the U.S. Department of State, described Ortega’s move as a “provocation” during the Summit of the Americas.

The United States’ relationship with Ortega has long been antagonistic. The Nicaraguan leader initially ascended to power in 1979 following the successful overthrow of longtime dictator Anastasio Somoza by the Soviet-aligned Sandinista National Liberation Front, ruling the country for much of the next decade. During that time, the United States supported right-wing rebel groups opposed to Ortega’s leadership, many of which were later tied to extensive drug smuggling and war crimes.

Although Ortega lost the country’s 1990 election and voluntarily ceded power, he returned to power in 2007 and has governed the country since. Human rights activists and observers in the United States have warned of substantial democratic erosion during his second period in office. Widespread protests and further restrictions on civil liberties have marred his tenure.