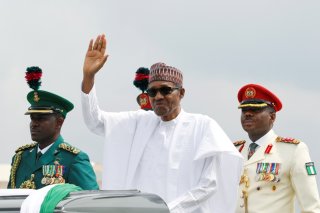 Ahmed Idris, the accountant-general of Nigeria, was arrested on Monday over concerns that he had participated in a corruption scheme costing Nigerians up to 80 billion naira, or roughly $200 million.

Idris, who leads the Nigerian Treasury, was arrested “after failing to honor invitations” to testify on his conduct before the Economic and Financial Crimes Commission (EFCC), Nigeria’s anti-corruption watchdog agency. The EFCC had previously accused Idris of “rak[ing] off the funds through bogus consultancies and other illegal activities using proxies, family members and close associates.”

The charges against Idris stem from an anti-corruption investigation into Idris’ office, which allegedly spent 80 billion naira for his personal use—including large purchases of real estate in Abuja, Nigeria’s capital, and Kano, Idris’s home state in Nigeria’s north. Idris has denied wrongdoing.

Government corruption is an endemic problem in Nigeria, reaching a new high during the administration of President Goodluck Jonathan from 2010 to 2015. Although Nigeria’s current president, Muhammadu Buhari, defeated Jonathan on an anti-corruption platform in 2015, his reforms have made limited progress in combating the country’s endemic corruption. Since Buhari’s election, the EFCC has made a series of high-profile arrests and secured several convictions, including of state governors and other high-level civil servants, but corruption has continued. The agency estimated that it had returned 714 million euros, then worth $750 million, to the Nigerian Treasury in 2021 after it had initially been stolen, but that number is likely to represent a small fraction of the total amount lost to corruption during that year. Nigeria’s total government budget in 2021 was roughly $35 billion, out of a total GDP of roughly $400 billion.

Nigerian and Western observers have also raised concerns that Buhari’s anti-corruption campaign had been hampered by political concerns, including allegations that it has targeted members of the opposition People’s Democratic Party (PDP) while ignoring the activities of corrupt lawmakers within Buhari’s governing All Progressive Congress (APC) party. In early May, the president’s office announced that Jolly Nyame and Joshua Dariye, two former Nigerian governors allied with the APC who had been convicted on corruption charges, would be pardoned—a decision that led to public outrage in Nigeria.

Buhari’s administration has denied employing the EFCC for political ends, highlighting members of the APC—including Idris—who have been prosecuted by the group.