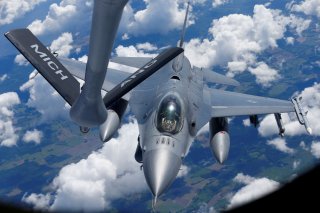 If the truth is out there, the U.S. Navy may already have it on videos.

Eight incident reports recently released by the Navy have revealed new details about a series of encounters between its pilots and UFOs.

Just late last month, similar incidents were thrust into international spotlight when the Pentagon officially declassified and released videos of three encounters with “unidentified aerial phenomena.” The videos show what appear to be UFOs moving at high speeds while being recorded by infrared cameras.

Each of the eight incidents took place in airspaces off the coasts of Virginia and North Carolina, with most of them occurring between 2013 and 2014.

In one particular report from March 2014, which refers to the UFOs as “unidentified aerial devices,” a pilot described seeing a “metallic object” that was “small in size, approximately the size of a suitcase, and silver in color.”

The pilot apparently came within only 1,000 feet of the object, but “was unable to positively determine the identity of the aircraft.” The pilot then “attempted to regain visual contact with the aircraft, but was unable.”

According to another report from November 2013, a pilot “was able to visually acquire a small aircraft. The aircraft had an approximately 5-foot wingspan and was colored white with no other distinguishable features. Due to the small size, the aircraft was determined to be a UAS.”

In another incident from June 2013, the report said the encountered “aircraft was white in color and approximately the size and shape of a drone or missile.”

The reports added that while the UFOs were assessed to be drones, the military was still unable to successfully identify who was operating them. If the drones are, in fact, being operated by a country like Russia or China, it would obviously be a major security issue.

The Pentagon studied similar recordings of aerial UFO encounters as part of a classified program that was active from 2007 to 2012. Luis Elizondo, the former head of that program, once told CNN that he personally believes “there is very compelling evidence that we may not be alone.”

“These aircraft—we’ll call them aircraft—are displaying characteristics that are not currently within the U.S. inventory nor in any foreign inventory that we are aware of,” Elizondo said.

Regarding the released Pentagon footage, President Donald Trump recently told Reuters: “I just wonder if it’s real. That’s a hell of a video.”