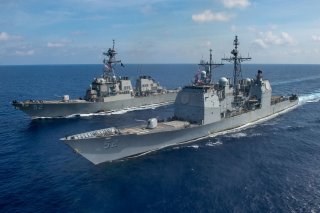 On April 22, 2020, U.S. president Donald Trump wrote on Twitter that he was authorizing the Navy to “shoot down and destroy” Iranian boats that harass American vessels.