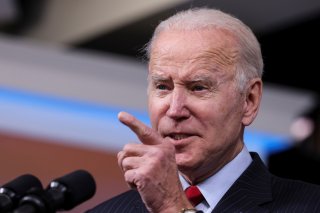 The most recent downturn has marked oil’s longest decline since 2018, marking a more prolonged decline than the price’s abrupt collapse during the onset of the pandemic in March 2020. The Organization of the Petroleum Exporting Countries and its allies, which previously indicated that they wanted to raise prices prior to the Omicron outbreak, caved to public pressure and indicated that supply would increase by 400,000 barrels per day in January, further decreasing prices. As of Friday, U.S.-sourced West Texas Intermediate crude had declined by $0.24, reaching $66.26 per barrel. Meanwhile, Europe’s Brent crude had risen slightly to $69.88 per barrel. Both prices are below the $80 per barrel they had reached in November, and far below the $100 per barrel that had been projected in some corners in November before the oil organization increased the supply and the emergence of Omicron.

Falling oil prices have proven to be an unexpected boon for the Biden administration, which faced high gas prices in the second half of 2021 and repeated clashes with the OPEC+ alliance. These clashes resulted in a number of developed countries releasing a portion of their strategic reserves in November, including fifty million barrels from the U.S. reserve, in order to increase supply and drive prices down.

The Omicron variant has emerged across the world in Europe, Africa, Asia, and the United States, where cases have already been recorded in six states. The new variant’s place of origin, South Africa, has seen a quadrupling of Omicron cases over the course of a week, raising significant concerns about the virus’s transmissibility and prompting many industrialized countries to institute stringent travel restrictions on southern Africa, to the exasperation of African leaders and health officials. The World Health Organization (WHO) is in the process of testing the variant for transmissibility, lethality, and ability to bypass the protection provided by existing vaccines; more information is expected in the coming weeks.

The decision by OPEC+ to increase supply has played a role in the decrease, the oil cartel has also issued a caveat: its decision could be reversed if oil prices dip below a pre-set “price floor,” allowing it to abruptly cut production and bring prices up again.