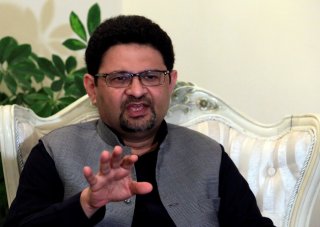 Pakistani finance minister Miftah Ismail announced on Sunday that he would resign from office amid an economic crisis and a series of devastating natural disasters—making him the fifth finance minister to leave office since 2018.

“I have verbally resigned as Finance Minister,” Ismail tweeted Sunday night, indicating that he would formally tender his resignation after returning from a state visit to the United Kingdom. “It’s been an honor to serve twice as Finance Minister.”

It is still unclear what prompted Ismail’s resignation. However, it reportedly came in the wake of a meeting in London between Ismail, Prime Minister Shehbaz Sharif, and Information Minister Marriyum Aurangzeb. Rumors have circulated recently that the prime minister opposed Ismail’s decision to increase fuel prices, which led to widespread discontent and a drop in support for the PML-N ahead of the country’s next general election in 2023.

A member of the Pakistan Muslim League-Nawaz (PML-N), Pakistan’s ruling party, Ismail had served as finance minister since April when former prime minister Imran Khan was removed from office and succeeded by Sharif. While in office, Ismail oversaw a steady expansion of Pakistan’s current account deficit and a double-digit inflation rate—both continuations of trends that began under Khan’s administration.

However, Ismail also oversaw the country’s economic response to a series of significant floods that killed over 1,500 Pakistanis, pushed millions from their homes, and left as much as one-third of the country underwater. In the wake of the floods, Ismail estimated that the damage to the country’s infrastructure and ongoing economic activities would cost $30 billion—a sum that Pakistan cannot easily pay under its current conditions. Sharif and other officials have approached the international community for assistance, but only the World Bank has committed funding to humanitarian and rebuilding efforts. Of that amount, $850 million has been earmarked for emergency humanitarian relief, while the remaining sum is devoted to longer-term economic development measures.

On Friday, Ismail claimed to a group of potential investors in Pakistan that the government had sought relief from international creditors but emphasized that it would not attempt to seek relief from commercial banks—seeking to assuage them that the country would not default on its debts.

Before his current term as finance minister, Ismail briefly served in the same post from April to May 2018 under the government of Shahid Abbasi. He is expected to be succeeded in that role by Ishaq Dar, a longtime PML-N loyalist, and four-time finance minister, most recently from August until November 2017.