Pariah No More: Biden Stands By Saudi Visit in Op-Ed 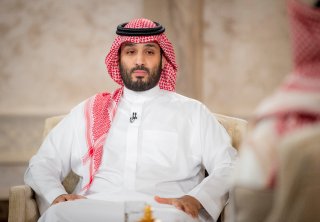 In a wide-ranging editorial article published in the Washington Post on Saturday, President Joe Biden defended his decision to visit Saudi Arabia and meet with Saudi crown prince Mohammed bin Salman (MBS) later in the week—a visit that some human rights organizations have characterized as a moral capitulation on the issue of human rights for the purpose of political expediency.

Biden, who famously described Saudi Arabia as a “pariah” state and accused MBS of masterminding the murder of Saudi dissident Jamal Khashoggi while he campaigned for president, acknowledged in the op-ed that “there are many who disagree with my decision to travel to Saudi Arabia.” However, Biden pushed back against the notion that he had ever sought to end the U.S. relationship with the desert kingdom altogether, insisting that he had always sought to “reorient and not rupture” the partnership.

The president also framed the visit as part of a more significant commitment to U.S. security, highlighting the increased challenges to global security posed by Russia’s invasion of Ukraine and China’s growing military activity in east Asia.

“We have to counter Russia’s aggression, put ourselves in the best possible position to outcompete China, and work for greater stability in a consequential region of the world,” Biden wrote. “To do these things, we have to engage directly with countries that can impact those outcomes,” referring to Saudi Arabia and other members of the Gulf Cooperation Council (GCC), the bloc of six oil-rich Arab monarchies along the Persian Gulf.

“When I meet Saudi leaders on Friday, my aim will be to strengthen a strategic partnership going forward that’s based on mutual interests and responsibilities, while also holding true to fundamental American values,” the president added. He noted that Saudi Arabia had already been “working with [U.S.] experts to help stabilize oil markets” alongside other members of the Organization of Petroleum Exporting Countries, or OPEC, and remained an essential partner in Washington’s regional containment efforts toward Iran.

Biden also praised Saudi leaders for restoring Riyadh’s relationship with Qatar, a GCC member state that three other GCC members had blockaded from 2017 until early 2021. He also noted the kingdom’s role in maintaining the ceasefire in Yemen, which has continued with surprising success since April. Although the original ceasefire was scheduled to expire at the end of the Islamic holy month of Ramadan, it has been renewed through August, with the potential for further extensions.