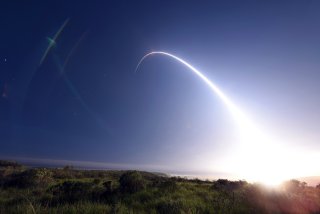 Secretary of Defense Lloyd Austin has postponed a long-scheduled test of the Minuteman III intercontinental ballistic missile (ICBM) to send an unambiguous message to Russia and the world that the United States will not engage in destabilizing rhetoric related to the possible use of nuclear weapons. The postponement was announced at the Pentagon in response to Putin’s recent move to put his nuclear forces on alert, something that many U.S. and international leaders saw as an extremely dangerous step.

“Last weekend, as you saw, President Putin directed a special alert of Russian nuclear forces. The United States and other members of the international community rightly saw this as dangerous and irresponsible, and as I've said before, an unnecessary step. Both the United States and Russia have long agreed that nuclear employment could have devastating consequences, and we both agreed, most recently this year in the context of the P5 statement, that a nuclear war cannot be won and must never be fought,” Pentagon spokesman John Kirby told reporters.

Austin’s move is significant because testing the upgraded Minuteman IIIs has been an important element of the Pentagon’s deterrence strategy. Although they have received upgrades for years, the Minuteman ICBMs are still aging Cold War-era weapons. This reality is a large part of why the Pentagon continues to fast-track its Ground-Based Strategic Deterrent (GBSD) program, which would add 400 new weapons to the U.S. nuclear arsenal. Some Air Force and Pentagon leaders have expressed concern about a potential readiness gap emerging in the late 2020s as the Minuteman IIIs truly phase-out and the new GBSDs arrive. This is why the Pentagon is making an extra effort to upgrade and regularly test-fire the aging Minuteman III ICBMs. Doing so is meant to ensure that adversaries know the United States still has a capable ground-based nuclear deterrent.

Nevertheless, at arguably the most dangerous time in decades, the Pentagon took a clear step to show the world that the United States is a “responsible nuclear power.” At the same time, the Pentagon is being clear to emphasize that this postponement does not mean a lapse in nuclear readiness on the part of the United States, as the military regularly tests and improves the nuclear triad.

“We remain confident in our strategic posture, as we've said before, and our ability to defend the homeland and our allies and partners remains fully intact and ready. We recognize at this moment of tension how critical it is that both the United States and Russia bear in mind the risk of miscalculation, and take steps to reduce those risks,” Pentagon spokesperson John Kirby said.