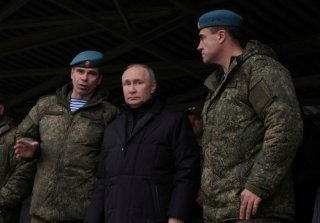 Russian president Vladimir Putin has formed a new committee, dubbed the “Coordination Council,” to accelerate the delivery of weapons and military supplies to Russian troops as the Russo-Ukrainian War drags into its eighth month.

“Now we are faced with the need to more rapidly resolve issues associated with providing support for the special military operation and the need to counter economic restrictions that were imposed on us, which are truly unprecedented without any exaggeration,” Putin said during a meeting of the Coordination Council on Tuesday. “If we follow standard bureaucratic procedures and hide behind formalities, we will not achieve the desired result in any area. We established a mechanism like the Coordination Council with the express purpose of resolving all issues faster and more effectively.”

Former Russian president and current Security Council Deputy Chairman Dmitry Medvedev announced earlier this week that Russia was taking steps to ramp up production of “all types” of weaponry. “The production of weapons and special equipment of all types is increasing manyfold: from tanks and guns to high-precision missiles and drones. Brace yourself!” he wrote on Telegram. “When reading enemy analyses, I have repeatedly come across allegations that Russia will soon run out of military equipment and widely-used weapons. Like, everything was used up. Don’t hold your breath.” Western and Ukrainian officials have said Russia is running low on cruise missiles and artillery ammunition, leading Moscow to increasingly rely on Iranian-imported drones to conduct strikes against targets in Ukraine.

Though the Kremlin has doubled down on prosecuting the war with a mobilization drive and decision to annex swathes of eastern and southern Ukraine, Putin and his top officials have been uncharacteristically candid over the past several months in their admission that the Russian war effort continues to face significant logistical and battlefield hurdles. Moscow’s latest initiatives to shore up production and address logistical shortcomings come on the heels of substantial setbacks for Russian forces over the summer, including a successful Ukrainian counteroffensive in the northeast.