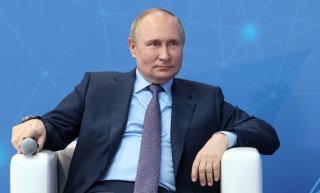 On Thursday, the 350th anniversary of the birth of famed Russian tsar Peter the Great, Russian leader Vladimir Putin appeared to draw historical parallels between the historic emperor’s conquests in Eastern Europe and his invasion of Ukraine on the basis that both of them had been intended to reestablish Russia as a major world power and fulfill the country’s historic territorial ambitions.

Putin’s remarks, made at a meeting of young Russian entrepreneurs in Moscow, compared the ongoing Russian “special military operation,” which began in February 2022 after a months-long buildup along the Russo-Ukrainian border, to Peter the Great’s participation in the Great Northern War, a twenty-year war between Russia and Sweden over territory in northeastern Europe. The Russian leader noted in his speech that Peter had been opposed by a coalition of European countries, including Sweden, Poland, the Netherlands, and Great Britain, and had eventually won, forcing Europe to recognize Russia’s control over the Baltic region and its status as a major world power.

Putin argued that “it has also fallen to our lot to regain and strengthen” this recognition through a reassertion of Russia’s dominance in Eastern Europe. Although he did not specify which countries fell under his conception of Russia’s historic sphere of influence, the Russian leader has previously emphasized the “historical unity of Russians and Ukrainians,” claiming that Ukrainians and Russians are one people and that Ukraine should not be politically independent from Moscow.

“If we proceed from the fact that those basic values form the basis of our existence, we will certainly succeed in solving the tasks that are before us,” he said.

Putin’s comparisons to the Great Northern War come as Sweden and Finland have applied to join NATO, raising concerns of a potential second military conflict between Stockholm and Moscow. Russia has opposed further NATO expansion—the alliance’s commitment in 2008 to eventually accept Ukraine as a member is thought to have been a cause of the ongoing war—and has warned that Swedish and Finnish accession could lead it to position nuclear missiles in its exclave of Kaliningrad.

Peter the Great, who ruled Russia from 1682 until 1725, is widely credited with modernizing the overwhelmingly-feudal Russian state and expanding its frontiers in the west. Following the country’s victory against Sweden, Peter built a new capital city along the Baltic Sea. That city, now known as Saint Petersburg, is Russia’s second-largest city after Moscow, and served as its capital for roughly two hundred years until 1918.