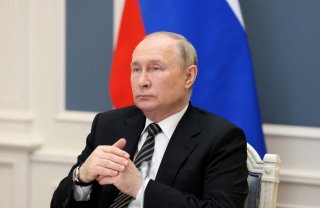 Russian leader Vladimir Putin announced on Monday that he would seek to resume grain exports from Russian-occupied Ukrainian ports, potentially helping to address the global food crisis initiated by the Russian invasion of Ukraine on February 24.

The Kremlin made the announcement in a readout following a phone call between Putin and President Recep Tayyip Erdogan of Turkey, in which the two leaders agreed to coordinate efforts to resume grain shipments. Putin added that the shortages were the fault of Western policies, which he characterized as “short-sighted,” adding that Russia was willing to export food, fertilizer, and other agricultural products if the West removed sanctions against Moscow.

Before the Russian invasion, Russia and Ukraine together accounted for roughly one-third of the world’s wheat exports, and more than two-thirds of its exports of sunflower oil, which is widely used for cooking around the world. Most of Ukraine’s exports passed through its ports along the Sea of Azov and the Black Sea, including Odessa, Berdiansk, and Mariupol, which was largely destroyed following a three-month siege by Russian forces.

The presence of anti-ship mines, which Ukraine has installed in hopes of obstructing the movements of Russian vessels and thwarting a potential Russian amphibious landing, has complicated exports along the Black Sea coast. The Kremlin’s readout of the meeting noted that “emphasis was placed on ensuring safe navigation in the Black and Azov seas and eliminating the mine threat in their waters.”

“Putin noted the readiness of the Russian side to facilitate the unhindered sea transit of goods in coordination with Turkish partners,” the readout read. It added that the Russian response “also applies to the export of grain from Ukrainian ports.” However, it did not specify whether ports remaining in Ukrainian hands would be allowed to operate. Russia has continued to blockade the remaining Ukrainian ports, including Odessa, since the opening days of the conflict. Its ports along the Black Sea, such as Novorossiysk, have continued to operate throughout the crisis. There is also evidence that Russian forces have taken grain from Ukrainian silos and transported it eastward, potentially for resale.

Erdogan, who has vocally opposed the Russian invasion of Ukraine and has repeated Ankara’s recognition of Ukrainian sovereignty, urged Putin to end the war as quickly as possible during the meeting. According to Turkey’s readout, the Turkish government was willing to participate in an “observation mechanism” alongside the United Nations if the parties reached an agreement..