Rainmaker: How the Army Is Bringing Data Sharing to the Battlefield 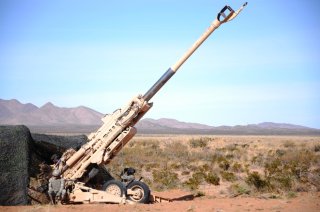 The Army is working to fully empower and network the future force through a dispersed, integrated series of “meshed” nodes and “gateway” technologies designed to connect different transport layer formats to one another.

The concept is to accumulate, gather, and organize otherwise disparate pools of incoming sensor data and connect them to one another in real-time. For example, perhaps a radio-frequency signal is bringing in communications data while a GPS receiver is tracking details provided by satellites and computer networks are using common IP standards to exchange data. This is precisely the kind of scenario for which the Army is developing “gateway” technology systems able to “translate” data arriving in different formats and technical configurations. Such a system would then be able to organize, distill, and analyze information streams in relation to one another in real-time.

One such “gateway” artificial intelligence (AI) program now being fast-tracked by the Army is called Rainmaker, a technology aimed at integrating sensor data through a specific “architecture” that is designed to break down barriers and enable interoperability and data sharing through a common technical configuration. Rainmaker, which integrates sensor data, is aligned with an AI-enabled system called Firestorm which pairs sensor and targeting specifics with shooters or weapons systems.

“We have certainly launched out with innovation funds on an AI program called Rainmaker, and it is getting after integrated sensors, and we have launched out already on an acceleration effort with Firestorm, which is linking shooters. This combination of the two allows us to put the entire architecture together that needs to be there to fully sense and fully engage,” Lt. Gen. James Todd, the chief innovation officer at Army Futures Command (AFC), told The National Interest in an interview.

While breakthroughs have been taking place for the last several years, the Army is still quick to refer to its ongoing Project Convergence experiments as a “campaign of learning” exercise. Through these experiences, Army weapons developers are discovering the realm of the possible, refining requirements, and testing the limits of operational use for promising new systems.

“Rainmaker is essentially a reference architecture for us to build off of, and continue to evolve off. If we needed an AI architecture for sensors, that’s it, we’ve chosen it. We’ve said that’s what we’re going to use to not only demonstrate research, discover and evolve, but also protect our data. “This whole idea of protection of data is huge. Data is almost everything to us on the future battlefield. Right. It is our eyes and ears. It helps us make decisions. It helps us with targeting and helps us with patient care. It helps us with all kinds of things and so in the sensor arena for us, Rainmaker becomes how we talk to industry, how we talk to researchers, how we operationalize. And so we have a common foundation to work off of,” Todd said.

The idea is to engineer a level of synergy across domains and among different communications technologies such as radios, datalinks, computing, GPS, and other transport layer systems.

“If you fail to do the demonstrations, and if you fail to do the prototyping, then you have a much lower probability of success. And we’ve seen that in the past. But now we’re seeing great success because we are doing the demonstrations here in AFC and forming the early requirements, handing it over to a prototyping effort, and then seeing if it’s worth scaling or not,” Todd said.