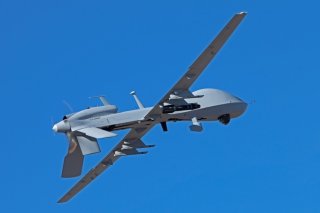 The Taiwanese government will reportedly invest fifty billion Taiwanese dollars, or roughly $1.6 billion, toward developing a domestic drone manufacturing capability for use in the island’s defense against a future Chinese invasion, according to the Financial Times.

The newspaper, citing unnamed sources, indicated that Taipei had organized a three-year plan to develop a “national team” of unmanned aerial vehicle (UAV) developers to design drones for “specific missions in a cross-strait war scenario.” The first of the new drones will reportedly be ready by the summer of 2023.

The use of drones in conflict has expanded dramatically over the past decade. While many traditional UAVs, such as the Reaper and Predator drones used by the U.S. military, contain sophisticated technology and are not widely available, inexpensive drones with commonly available electronics have grown increasingly common in the armed forces of developing nations. Azerbaijan used Turkish-manufactured Bayraktar drones to great effect against the Armenian military during the Second Nagorno-Karabakh War from September to November 2020. The Ukrainian military’s use of the same drones against Russia after it launched its invasion of Ukraine in February has been widely described as a decisive factor in the early days of the war. Other, cheaper drones have been used by poorer armed forces and various insurgent groups—notably the Houthi rebels in northern Yemen, who have manufactured or imported hundreds of simple explosive-equipped drones for use as “loitering munitions” against Saudi Arabia and the United Arab Emirates.

Drone manufacturing within Taiwan is primarily done by private companies, limiting the effectiveness of Taipei’s drone program amid concerns about leaks to the Chinese mainland. The FT also suggested that the role of drones remains uncertain within Taiwan’s broader strategic doctrine, making it unclear where and how to use them in a war with China.

Although Taiwan has remained politically independent from mainland China since 1949, Beijing has never recognized that status, insisting that the island is a rebellious province and demanding international non-recognition. Taiwan was removed from the United Nations in 1971. However, it maintains official diplomatic relations with roughly a dozen countries worldwide and informal ones with the United States, whose American Institute in Taiwan functions as a de facto embassy.