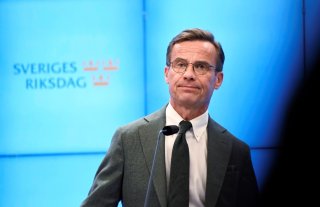 Magdalena Andersson, Sweden’s center-left prime minister, acknowledged defeat and agreed to resign in the aftermath of Sweden’s most recent parliamentary elections, in which a right-wing coalition appears certain to narrowly defeat her Social Democratic Party.

Andersson, Sweden’s first female prime minister, acceded to the position after the surprise resignation of her predecessor, Stefan Lofven, in November 2021. Sweden’s Social Democrats have been in power since 2014, most recently as part of a one-party government indirectly supported by an alliance of smaller liberal and left-wing factions.

Andersson noted in her press conference that votes were still being counted as of Wednesday, but it appeared likely that the conservative coalition would win a majority of seats in the Riksdag, Sweden’s parliament.

“In parliament, they have a one or two seat advantage,” she said. “It’s a thin majority, but it is a majority … So tomorrow I will hand in my resignation as prime minister.”

The new coalition is composed of the Moderate Party, the Christian Democrats, the Liberal Party, and the Sweden Democrats, a far-right party formerly associated with the country’s neo-Nazi movement, although it has since repudiated those views. Although the Social Democrats will remain the country’s largest party, with 107 seats, the Sweden Democrats will come in second with seventy-three, making it the new coalition’s largest party. Ulf Kristersson, who leads the Moderate Party, is the coalition’s expected choice to succeed Andersson as prime minister.

“I will now start the work of forming a new government that can get things done, a government for all of Sweden and all citizens,” Kristersson told reporters on Wednesday.

Jimmie Akesson, who leads the Sweden Democrats, vowed that his faction would be a “constructive and driving force” towards rebuilding public safety in Sweden. Akesson insisted that the new government would pursue “Sweden first” policies, a common refrain among nationalist movements around the world.

The election marks a significant deviation from Sweden’s usual politics, which are often regarded as left-leaning and immigrant-friendly, in sharp contrast to the Sweden Democrats’ rhetoric. Observers noted in the election’s aftermath that change had been driven in part by a wave of mass immigration to Sweden throughout the 2010s, which diversified Sweden’s population and added roughly one million new citizens but came with significant increases in street crime—a fact that Sweden’s anti-immigrant right emphasized in the run-up to the election.

When the coalition is finalized and Kristersson is sworn in, the new prime minister will immediately be tasked with responding to Sweden’s sagging economic numbers and the surging costs of living. He will likely also oversee the country’s entry into NATO, which could come as early as next year if Turkey agrees to its membership.