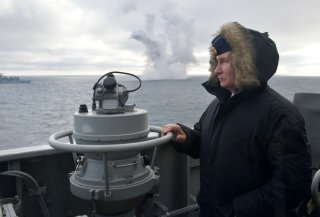 After weeks of standoff, Moscow has signaled its willingness to set up humanitarian corridors for vessels carrying food to leave Ukraine.

Russian deputy foreign minister Andrei Rudenko told the Russian news outlet Interfax that Russia is prepared to allow some ships to leave Ukrainian ports in exchange for sanctions relief. “We have repeatedly stated on this point that a solution to the food problem requires a comprehensive approach, including the lifting of sanctions that have been imposed on Russian exports and financial transactions,” Rudenko was quoted as saying, according to Reuters. “And it also requires the demining by the Ukrainian side of all ports where ships are anchored. Russia is ready to provide the necessary humanitarian passage, which it does every day,” he added.

Ukraine’s Black Sea coast has been effectively blockaded by Russia’s Black Sea fleet. The Russian military has maintained its grip over nearby Snake Island despite multiple Ukrainian attempts to retake the island, allowing them to control large swathes of airspace in the Black Sea region and continually pressure the northwestern coastal hub of Odessa.

Between the two of them, Russia and Ukraine produce almost one-third of the world’s wheat. A large part of Ukraine’s wheat production is focused in the country’s east; many of Ukraine’s wheat-rich territories, including the Kherson and Zaporizhzhia regions, are currently wholly or partially under Russian control. Others, such as the Kharkiv region, have been the site of fierce fighting over the past several weeks.

It was previously estimated that over twenty tons of grain are sitting in Ukrainian silos. UN chief Antonio Guterres has pleaded with Russia to unblock Ukrainian food exports, warning that a failure to do so would exacerbate the looming global crisis of food insecurity. "Let's be clear: there is no effective solution to the food crisis without reintegrating Ukraine's food production," Guterres said at a UN summit in New York.

“You could not find a better example of a blackmail in international relations,” said Ukrainian foreign minister Dmytro Kuleba at the World Economic Forum in Davos. “If anyone is buying it, I think there is a problem with that person, and we shouldn’t waste too much time trying to understand why that person is making that point.”

Moscow has sought to blame Western sanctions on Russia for global food insecurity concerns. Kremlin spokesman Dmitry Peskov said earlier this week that the West “must cancel the unlawful decisions that hamper chartering ships and exporting grain.” The Biden administration has stressed that food, fertilizer, and seeds are exempt from punitive economic measures on Russia, but the Russian ambassador to the United States, Anatoly Antonov, said earlier this month that Western sanctions have nevertheless disrupted global supply and transport chains, leading to negative ripple effects for food exports.